For the G20 – Let’s return to the original idea When the finance ministers of the G7 countries proposed the G20 in the late 1990s, a good sense of realism prevailed. They recognized that addressing issues of global finance required the political support from—and involvement of—emerging market economies. This view proved prescient in seeking policy responses to the 2007–08 global financial crisis. The leaders of the G20 met at their first summit in Washington D.C. in 2008 to agree on measures to resolve the crisis through dialogues among the “systemically relevant” countries.

At its creation, the G20 was thus meant to facilitate coordination, cooperation and problem-solving among key actors in a specific policy field, which then was global financial stability. The G20 was not meant to be a jack-of-all-trades, offering welcoming words and restating support for long-accepted and previously reconfirmed goals, as most subsequent G20 summits did. Why had there been so little real progress? What concrete measures would be taken? Neither question was asked let alone answered—to avoid a spiral of reiterations at subsequent summits.

Not solving the most pressing problems

So far, the G20’s record of practical follow-up to its communiqués has been less than sterling. But this could reflect its shift from solving the most pressing problems to considering all possible facets of a more desirable world.

Forget for a moment the failure to clearly add value. What would the 2017 Hamburg summit have done, if it had stuck to the original G20 idea and approach? Which one or two global key challenges could it have focused on to suggest concrete measures?

One focus could have been mass starvation in Africa, with a clear promise to augment, in a meaningful way and within a few days, financial and other support for the UN Refugee Agency and the World Food Programme. A second could have been mitigating and adapting to climate change. Even if only 19 of the 20 had stated what concrete breakthroughs they would make on the Monday morning following the Hamburg summit, much could have been gained by inspiring others to ratchet up their corrective measures. Why was such a determination to lead not in evidence?

Trend away from multilateralism

Many factors come into play. Among them might be that the G20 has increasingly been promoted as a core element and driving force of the ongoing trend away from genuine multilateralism to increasing minilateralism and club-based global governance. The G20 agenda has been loaded with diverse issues, and the preparatory processes have accordingly been broadened to afford many parties a chance to raise their pet topic and see it in the summit communiqués. That would also give them a sense of importance as they commented on how to run the world, while the other 173 countries and their people could only observe the summits from the sidelines.

Would the world miss something if such G20 summitry were stopped? Not really. It is important for world leaders to talk and to consult each other. However, plenty of opportunities exist for that. Just think of the high-level segment of the United Nations General Assembly each September, or the regular Bretton Woods meetings, or the many global conferences convening heads of state or government, or such informal meetings as the Syrian Peace Talks.

There is no scarcity of opportunities for world leaders to announce intentions and explore common ground. What is rare is translating words into action—and into action that is up to the challenge.

Time to revisit the role of the G20

Despite nearly 10 years of G20 summitry, the list of unmet global challenges is lengthening and the human, political, environmental and economic costs of global crises are mounting. So wouldn’t this be the time to revert to the original G20 concept as a global forum for announcing concrete measures to resolve—not just chat about—the most pressing global challenge?

Any other challenges could be taken up in other multilateral forums. And if leaders feel that these challenges also deserve attention and solution, they could instruct their representatives at those forums to announce their country’s ongoing or planned corrective actions—to lead by example and make a real difference that all would perceive as fostering sustainable and inclusive growth and development. How, then, to engineer such a return of the G20 to its original purpose? Argentina, as the host of the next G20 summit, would be well positioned to initiate debate on this issue and to invite views and suggestions on what should be the basic features of a system of global governance fit for the 21st century and on what should be the potential role of the G20 within this system alongside other informal bodies of various groups of state and non-state actors. Perhaps, it could do so together with the hosts of the last two G20 summits, China and Germany.

The best outcome would be for the G20 leaders to recognize that the G20 is not the right forum to decide on a new, reformed system of global governance that will affect all countries and to instead encourage debate on this issue at the United Nations. This could also be a way for the G20 to clarify its future role and eventually, in whatever form it may continue, to invite less opposition and enjoy more political acceptance, legitimacy and effectiveness. 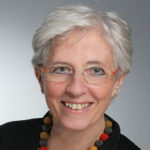 Inge Kaul is adjunct professor at the Hertie School of Governance, Berlin, Germany and advisor to various governmental, multilateral and non-profit organizations. She was the first director of UNDP’s Human Development Report Office, a position, which she held from 1989 to 1994, and director of UNDP’s Office of Development Studies from 1995 to 2005.