From Taormina to Hamburg: A fruitful G7-G20 relationship? Only six weeks went by between the Taormina G7 and Hamburg G20 meetings, which were both chaired by a major EU Member State. A substantive link between the two summits was therefore to be expected. Indeed, at least to some extent, a useful connection was set in motion. The results of these two events seem to suggest an informal – but organic – relation between the diplomatic and cooperative efforts of the much narrower and more homogeneous G7 with the G20 summit.

A vast array of hot topics ranked high in the agenda of both summits, but the new attitude of the US towards at least some of these topics attracted even more attention. In particular, climate change and trade marked a new milestone in terms of US policies and relations with its Western partners. It goes without saying that a major objective for both the Italian and German Presidencies was to avoid the complete failure of negotiations with the US ally. Bearing this in mind, one should acknowledge that the overall result of the two summits was relatively positive, with the G7 serving as a valuable preparatory session to minimize the risk of ruptures, despite its rather dry 6-page long communiqué (or around one fifth the length of last year’s Japanese G7).

On climate change, the Italy-chaired G7 succeeded in requesting a more careful evaluation of the topic by President Trump who announced that the US was still pondering over the exit from the Paris Agreement. After officially announcing the intention to withdraw the US from the Paris agreement, an acknowledgment of the American stance was included in the official G20 communiqué, but with a very diplomatic and somehow gentle manner, together with the statement that “a strong economy and a healthy planet are mutually reinforcing” and with the key reminder that the Paris agreement is “irreversible” for the other 19 countries. More recently, during his official visit to President Macron in Paris, Trump hinted at the possibility that “something could happen with respect to the Paris accord”. And “even if it doesn’t happen”, his attitude on the theme would be much less manageable today without the Taormina and Hamburg summits.

When it comes to trade, the results of the summits were more clearly positive and interconnected. In Taormina, a surprising softening of the US resistance on the multilateral trading system was obtained, by agreeing on “the commitment to keep markets open and fight protectionism”. The US succeeded to drop the fight against “all forms” of protectionism and to insert its firmness “against all unfair trade practices”. These allusions to an increasing anti-dumping posture, including an implicit reference to Chinese trade issues, may be viewed, to be sure, as a dangerous tolerance of aggressive American protectionist plans. On the other hand, they do realistically describe concrete problems that need to be dealt with in the coming future. The EU, as Macron seems to suggest at times, should devote more attention to the matter as well. As for the acknowledgment that trade “has not always worked to the benefits of everyone” (point 19 of the G7 Leaders’ Communiqué), this seems to be in line with the vast majority of economists asking for significant compensations for the losers from globalisation.

If anything, the G7 obtained an easing of Trump’s stance on trade language. This cleared the way for an even more encouraging result of the G20: indeed, the Hamburg communiqué managed to add a note on the “importance of the reciprocal and mutually advantageous trade and investment frameworks” as well as of “the principle of non-discrimination”. Even if multilateral agreements are becoming weaker, the spirit of multilateralism has not completely vanished from the G20 wording.

The overall agenda of the two meetings and their final statements have been rather similar. In both cases, the conclusions can be criticized – as those of many summits of the past – as too vague and marked by the lack of binding and credible commitments, also in terms of financial and other resources, to pursue concrete action plans. However, in view of the newly-born tensions in an international context lacking both leadership and willingness to strengthen cooperation, the aim of Taormina and Hamburg could not have been too ambitious as it had to inevitably rely upon long negotiations and careful wording. The Italian and German chairs somehow managed to reach an agreement on a single communiqué and to achieve a very high degree of consensus on the agenda (with the notable exception of climate change).

The 2017 experience confirms that the G20 is the right venue to tackle global governance problems. The discussion on how to improve its working and strengthen its organization has been alive for some time now and should keep going. The work of the T20 think tanks has offered suggestions on this as well. In spite of its obvious obsolescence and limits, the G7 can still play an important role: part of the results cashed by this year’s G20 have profited from the preparation and testing that took place within the narrower group, where countries that used to rule the advanced world are still trying to smooth out their disagreements and coordinate their policies in a new global perspective. Perhaps better coordination between the two groups, even when informal, can bring good results also in the future.

A step to the side: the G20’s climate dance, by Brigitte Knopf 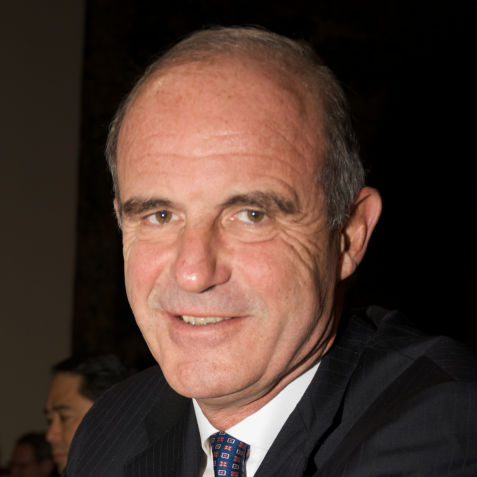