Working together after Brexit: why and how Germany, the EU and the UK can continue to collaborate on international development

Congratulations to Germany, first of all, on reaching 0.7. That is an achievement. We know that 25% of ODA (Official Development Assistance) in 2016 was spent on refugee costs in Germany, a fact that some German commentators have been very keen to publicise. However, we all hope 0.7 will be sustained when refugee costs begin to fall. It is an important signal of commitment, and we know it has influenced others (including France) who have yet to reach the target.

A robust aid budget provides an excellent foundation for ongoing and future collaboration with the UK, which has legislated to maintain aid at 0.7, and where all the major parties at the recent general election confirmed their support for aid. Indeed, German and UK priorities overlap to a significant extent, rooted of course in the SDGs, but in both cases with a strong focus on growth and jobs, among other issues. Both Germany and the UK are committed to supporting the productive sectors, including with innovative finance that leverages private sector investment. The UK has prioritised this issue in its most recent aid strategy, and has made large new financial commitments to its development finance institution, CDC (Commonwealth Development Cooperation). It was striking how many of the initiatives launched at the Hamburg G20, under the umbrella of the Africa Partnership, dealt with growth, youth employment, entrepreneurship and Investment.

The question of how collaboration might develop post-Brexit assumes Brexit will actually happen. Personally, I remain of the view that Brexit would be extremely painful for the EU as well as the UK, and that everything should be done to try and avoid it. The Financial Times has recently taken a similar position. In my opinion, Germany holds the key and could make a game-changing offer that would transform the debate in the UK and justify a second referendum. What such an offer might be is a debate for another day.

Assuming Brexit does happen, the scope for collaboration will depend on the form that Brexit takes. There is a lot of discussion currently about ‘Hard’ versus ‘Soft’ Brexit, with the latter implying continued UK membership of the customs union and the single market. By extension, the UK might also participate in the various EU aid programmes, whether financed by the budget instruments like the Development Cooperation Instrument, via the extra-budgetary European Development Fund, or in the form of contributions to Trust Funds, like the Emergency Trust Fund for Africa. Indeed, some have even suggested that UK participation in the EU aid programme might be seen as a quid pro quo for trade concessions by the EU. In such an eventuality, Germany and the UK might still be able to consider each other partners in the specific sphere of EU development cooperation.

Frankly, soft Brexit is a pretty unpalatable option. In the trade sphere, the model on offer would involve the UK paying a membership fee and accepting EU regulations and processes, including oversight by the European Court of Justice, which is, of course, an EU body. This has been described as ‘Pay, Obey, but No Say’. I am tempted to add ‘No way!’ If we are going to do that, we might as well stay in. However, this may in fact be the outcome negotiators end up with, and if they do, then continued UK contributions to the budget or the EDF might be possible. Even if not, the UK might be cajoled into supporting EU programmes through Trust Funds, like the Emergency Trust Fund for Africa. But, again, that does not look tremendously attractive, at least on anything other than a minimal scale, unless the UK is also offered a seat at the governance table. Even then, Trust Funds would be administered according to EU rules, and with the ECJ (European Court of Justice) in the background. Presumably also, the European Parliament, in which the UK will not be represented, will have a major role.

Three options for the future

So, I think we have to find other ways for the UK and Germany to collaborate, with Germany in its EU role, but also more widely. There are three options.

First, a form of ‘delegated cooperation’, in which the EU and/or Germany are asked to implement specific projects on behalf of the UK, or vice-versa, the EU or Germany on behalf of the UK. This is an established form of partnership in the EU context, and also applies bilaterally between EU Member States: for example, Cyprus has had a delegated cooperation agreement with Ireland for health work in Southern Africa. Delegated cooperation might be appropriate, for example, if one party or the other has specialist geographical or sectoral expertise which the other party does not: this would be a manifestation of a favourite EU theme, ‘Division of Labour’. No doubt implementation agencies on both sides of the Channel, including GIZ in Germany, would find opportunities in such arrangements. The new European Consensus on Development, signed in June 2017, makes great play of joint programming, a similar modality which might be of interest to the UK and Germany post-Brexit.

Second, we might think of a new joint initiative, jointly conceived and governed, though perhaps independently delivered. There might, for example, be a new fund to deliver one or more of the Sustainable Development Goals (SDGs), launched jointly by the UK and Germany/the EU. This would be on a larger scale than individual projects, and could extend beyond aid. For example, there is currently a debate underway about UK participation after Brexit in EU Battlegroups: this could be important in delivering comprehensive interventions in crisis areas in Africa.

Third, it is also interesting to think about joint initiatives in the area of norm-setting or institutional reform. Could there be a joint initiative on a topic like migration, or on a generic issue like reform of the multilateral system? Will Germany and the UK continue to collaborate with other like-minded donors in the OECD Development Assistance Committee? Both countries are watching carefully the current evolution of the global order, with some parties rising into positions of global leadership, others perhaps turning inwards. The UK seat on the UN Security Council is an important asset in this respect.

These options are not mutually exclusive. They have in common that they recognise institutional and legislative constraints, and play to the strengths of the various parties. They provide an opportunity to reduce transaction costs (for recipients as well as donors) and multiply impact.

But in which areas should such innovation take place? The SDGs provide an overarching framework, but I agree with those who say that they provide an authorising framework rather than a blueprint for action. If we seek a more specific agenda, then productive sectors and jobs provide one opportunity, as already suggested. Peace-building and development in fragile states provides another, especially in the Middle East and in sub-Saharan Africa. Climate action is a third, tackling the global repercussions of what is arguably the greatest challenge of our time. Germany did the world a service by making sure climate change was high on the agenda at the G20 summit.

It will be for leaders in Germany, the EU and the UK to identify specific opportunities for collaboration, preferably well in advance of the actual Brexit date, if and when that happens – and taking account of the long transition period which is likely to follow Brexit. The value of so doing goes beyond the technocratic. Future collaboration will be a positive manifestation of shared values and shared commitment to the SDGs – and also of recognition that solving the great problems of our age requires collaboration and collective action across borders. 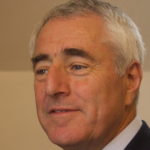 Simon Maxwell is a Senior Research Associate of the Overseas Development Institute and Chair of the European Think Tanks Group.