Gateway House hosted a T20 meeting in Mumbai on February 14, 2017 in collaboration with the Kiel Institute for the World Economy and the Ministry of External Affairs, Government of India, with support from GIZ and Siemens India. This was the third time Gateway House hosted a T20 meeting; previous editions were held in 2015 under the Turkish Presidency with the leading Turkish think tank TEPAV, and in 2016 under the Chinese Presidency with the leading Chinese think tanks — Institute for World Economics and Politics, Shanghai Institute for International Studies, and Chongyang Institute for Financial Studies.

The 2017 meeting included participants from across the G20 such as Turkey, China, Argentina, US, UK, Germany, Canada, Russia, Indonesia, South Africa, as well as from think tanks in India’s neighbourhood such as Bangladesh, Singapore and Nepal. Since the meeting was conceived in Track 1.5 format, the participants included representatives from the Ministry of External Affairs; Mumbai-based financial institutions such as Reserve Bank of India (RBI), Bombay Stock Exchange (BSE), Indian Commodity Exchange (ICE), EXIM Bank, Mumbai Centre for International Arbitration (MCIA); Indian business groups such as Tata Sons, Mahindra; and business chambers such as Confederation of Indian Industry (CII).

The introductory remarks re-affirmed the need for an open, rules-based global economic system and high-lighted the need for a reconfiguration of the trading architecture to align with current socio-political realities. Dr. Agah, the Deputy Director General of the WTO, reminded the participants of the resilience of the rules-based trading system and urged the G20 members to use the platform to bring changes and refinements.

Dennis Snower, President of the Kiel Institute for the World Economy (co-host), explained the necessity of shifting away from a one-dimensional focus on economic well-being to the triumvirate of economic prosperity, environment viability and social inclusiveness as the bedrock for any global policy to be acceptable and effective. Ambassador Neelam Deo, Co-Founder of Gateway House, called for experimentation on new global economic frameworks for employment to better reflect voters needs, visible in the challenges posed by Brexit and policy positions of the new Trump administration.

The introduction was followed by four sessions: Global Financial Markets and Regulation, Digital Economy, Green Economy, and Trade and Investment.

The financial markets and regulation session was the most fiery. Experts debated the cross-border implications of monetary policy and financial regulation. Some argued that the priorities of the Financial Stability Board need to be reconfigured as it does not reflect the needs of emerging markets. Others suggested reaffirming the significance of the Financial Stability Board as a fourth pillar of global governance.

The fear of the inter-dependency between financial and commodity markets, as well as the impending collapse of China’s shadow economy was a common concern and participants acknowledged that little is being done to study these phenomena. Most disappointing was the unfinished reform of the global financial and energy benchmarks, and of the IMF. An expert suggested that a sub-group of large economies such as US, EU, China and India work on building consensus on pending issues in the G20.

The digital economy session was conceptualised in partnership with Siemens (India) which helped co-design and co-host the session. Digital economy is a priority for the company given the dire need for formulating appropriate global and local policies for governing fintech, cyber-space and automation.

The purpose of the session was to discuss fintech and automation but the dialogue veered into the pressing issue of cyber security for the emerging global financial and defense architecture. There were some suggestions on using algorithms to assessing credit-worthiness of unbanked/rural clients to steer fin-tech companies towards financial inclusion. However, after the initial remarks on fintech, experts shifted focus to the impact of cyber-regulations on businesses and start-ups. Experts warned that compliance with cyber-regulations is becoming a checklist instead of thoughtful risk-management.

There was concern about the lack of a global framework within which to share cyber-breaches with governments and other agencies. Companies continue to be reluctant to share information for fear of negative publicity. Clearly, digital infrastructure needs to be treated as critical infrastructure. Redundancies must be built to protect networks and central databases against natural disasters, terrorist attacks and cyber-attacks. A global agreement for protecting critical infrastructure should be the next logical step for the G20 if the digital economy is to succeed.

The most clear and specific policy recommendations came from the green economy session. All experts reiterated that the limited financing available with government and multilateral banks cannot address the green infrastructure challenge. Governments look to the private sector to fund infrastructure but the private sector is unlikely to step in if governments are not involved in making it viable financially and operationally. This is a serious constraint.

The green economy session was conceptualised in partnership with the Emerging Markets Sustainability Dialogues (EMSD) and the Economic Policy Forum (EPF) team at GIZ. The Emerging Markets Sustainability Dialogues team at GIZ brought its global experience on the subject to help develop the required research questions for the session and select the appropriate experts from around the world.

The interventions in the trade and investment session mirrored the global discourse on trade. There was some relief that plurilateral agreements such as the TPP may dissolve as it was exclusionary and eroded the relevance of the WTO. The new rules under consideration by such mega-regional trade agreements were a real threat to the global trading architecture (e.g. use of private standards, rules against state-owned and public sector enterprises). The net benefit of free trade agreements has been under question for a long time, given its negative pressure on currencies and inequality. This is particularly true of non-manufacturing powers. The dissolution of the TPP could force a re-evaluation of the current rules of global trade and open the door to the reform of global trading rules.

It became obvious that trade in services will begin to play a larger role in cross-border negotiations. For decades, the rules for effectively promoting and governing trade in services have been sidelined at the WTO and other regional arrangements. Now, both developed and emerging countries have a strong services industry, fostered by digitization, start-ups, and a renewed focus on quality jobs and local economic growth. The expectation was for the G20 to make the collection and presentation of data on trade in services a priority. There are no global databases that capture such data today by partner trading country and company, which limits the study of trade and inhibits the proper design of trade agreements.

The day-long roundtable meeting ended with a joint call by Manjeet Kripalani, Co-founder, Gateway House, and by Dennis Snower to study the suggestions made in detail and synthesize the recommendations in specific policy briefs. 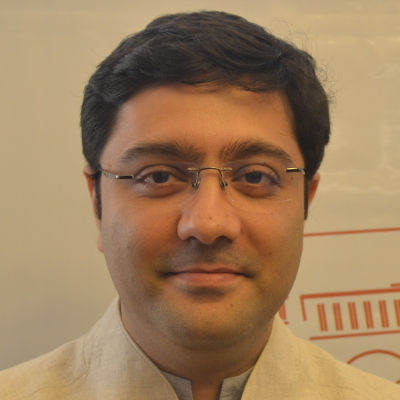