The promotion of digital innovation and inclusive growth in an increasingly digitized global economy have become mainstream concerns within the G20 agenda. In this blog, Marina Larionova traces the evolution of the G20’s involvement in bridging digital and economic growth policies, and proposes a set of priorities for the G20 digital ministers to consider at their upcoming meeting over April 6-7.

Innovations and technological advancement are key factors for strong and productive economic growth. However, persisting barriers to spread and use of these technologies within and across countries exacerbate risks of disruption and inequality. The G20 has gradually brought innovation to the center of its growth agenda. It has also come a long way in placing inclusive development at the heart of G20 cooperation. However, the policy implications of the innovation-inclusiveness nexus have not been given adequate consideration in the G20’s decision-making. Building on the G20 Digital Economy Development and Cooperation Initiative adopted at Hangzhou, Germany has put forward the goal of removing obstacles and creating conditions for the diffusion of technology by expanding infrastructure, improving skills and education, developing and applying norms and standards, creating consumer confidence and discussing an internationally agreed regulatory framework which would uphold the fundamental principles of free information flow, privacy and data protection and IT security. Will decisions by the G20 in Hamburg  guide a G20 digital transformation that is both inclusive and resilient? They should. The G20 is well placed to ensure that digital transformation boosts inclusive development.

Of the 1721 commitments made by G20 leaders at 11 summits, 53 pledges are related to innovations. Most of them deal with the development and deployment of energy-efficient technologies, several commitments focus on innovations in the agricultural sector, green growth and R&D activities in the business sector. Until last year’s Hangzhou Summit, the number of innovation-related commitments by the G20 ranged from the minimum of 1 at the Washington, London, Toronto and Los Cabos Summits, to the maximum of 8 for the Seoul Summit in 2010. One exception is Antalya in 2015, where the leaders focused on inclusiveness and made no promises on innovation. In Hangzhou innovative growth was singled out as a special priority on the G20 agenda, resulting in the adoption of 27 commitments on innovation, new industrial revolution, and digital economy. G20 compliance performance with the innovations-related commitments has been generally substantially higher than the overall G20 average for complying with its commitments, with the only exception being the Toronto commitment on harnessing private sector mechanisms for agricultural innovation. High compliance with the commitments on innovations may be explained by the G20’s prioritization of these pledges. The trend for G20 higher performance on priority commitments has been established.

Promoting Inclusiveness: From Deliberation to Delivery

The G20 has made 44 commitments explicitly addressing equality and inclusive growth. Most of these were made at Seoul and subsequent summits, and have featured more prominently in G20 decision-making since the forum’s transition from crisis management body to global governance steering mechanism. In Saint-Petersburg, Antalya, and Hangzhou, the leaders agreed to a record numbers of decisions on fostering inclusive growth. An important outcome of the last two summits was the link between inclusiveness and innovation. In Antalya, the G20 acknowledged the importance of digital technologies for inclusive growth for the first time in G20 history, and committed to bridge the digital divide. At Hangzhou the G20 reiterated the promise to bridge the digital divide and pledged to work to ensure that the benefits from technological innovation are widely shared, creating more and better jobs, reducing inequalities and promoting inclusive labor force participation. G20 compliance performance with the commitments to promote inclusiveness is generally higher than the average for all monitored commitments. However, the G20’s compliance with the Antalya “bridge the digital divide” pledge, rated at 55%, was 22 percentage points lower than the average for the summit.

Going Forward: Three Priorities for the G20 Agenda for Inclusive and Innovative Growth

Looking towards the Hamburg summit and beyond, three considerations for future G20 actions in the area of digital growth can be offered. First, the G20 should focus on the innovations-inclusiveness nexus. So far,a these priorities have been developed in separate tracks. Second, the G20 should harness the strengths of relevant international organizations and social partners. Following the establishment of the G20 Task Force on the Digital Economy and the mandate from the G20 leaders to support its work, the OECD produced a report on Key Issues for Digital Transformation in the G20. Proposed policy recommendations make a solid foundation for deliberation, direction setting and defining collective and country-specific commitments. Though not intended for G20 policy-making, the World Bank 2016 World Development Report presents a sound blueprint for translating digital divides into Digital Dividends. The B20 Taskforce on Digitalization’ provides the global business community vision of the policy priorities for the digital future. Thirdly, the G20 should deliver on its commitments. The G20’s compliance track record so far holds promise that the political will of G20 leaders can be translated into concrete actions. 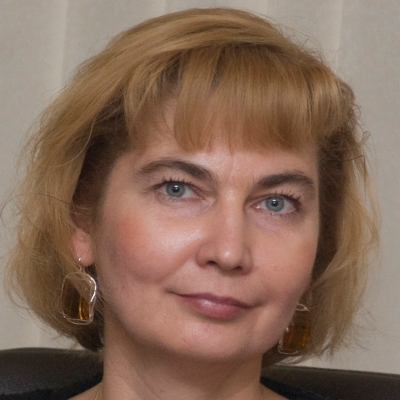 Marina Larionova is Head of the Center for International Institutions Research (CIIR) at the Russian Presidential Academy of National Economy and Public Administration (RANEPA).