Sharing as a positive sum game: The new digital economics Rapid digitalization is changing the landscape

Ahead of the G20 Digital Minister’s meeting on April 6, Rajat Kathuria and Smriti Chandrashekar consider some of the ways in which the rapid digitalization of commerce and economics is changing the G20 policy landscape. As the shared economy places more emphasis on access rather than ownership, thereby creating conditions for better resource allocation, the authors highlight key developments that will form the backdrop of next week’s meeting.

There is agreement among the G20 that the internet is fundamental to the modern digital economy. Besides inducing changes in the production and consumption of goods and services, the internet has had a profound impact on communication, mobility, shopping, dating, businesses and of particular relevance to the G20, country GDP and productivity. The digital dividend has been larger for emerging markets, because the internet often substitutes for other infrastructure (or lack thereof), rather than serve as a complement to it. Given the rapid pace of this digitization, it is important for the regulators and policy makers to keep up with the increasing novel manifestations of this revolutionary phenomenon.

In the academic literature, the internet is referred to as a „general purpose technology“ or GPT – one that has come to be widely used, to have many uses, and to have many spillover effects. It thus functions as an input across different sectors of the economy, generating extensive benefits which manifest in productivity gains, knowledge creation and virtuous cycles of innovation. In addition to the direct benefits of connectivity, the inherent network effects of the internet imply that the value created multiplies disproportionately and non-linearly in relation to the cost of investment and diffusion of an internet connectivity.

As more people – and increasingly ‘things’– hook up online, the value proposition of digital technologies looks more exciting than ever before. Use of the internet is pervasive and ranges from the prosaic to the sublime, from routine and knee jerk acts of drearily going online to check emails, to the thrill of developing the next ‘unicorn’ that addresses the most stubborn and challenging problems of our times. A substantial amount of new value and competition has been offered through digitalization of traditional industries such as banking, retail, hospitality and transportation, to name a few. Markets are no longer merely local, since digital technology does not recognize national boundaries. For consumers, this implies products and services that are cheaper than in the past, and as Google founder Larry Page once quipped: “competition is just a click away”.

Arguably the biggest economic benefit of the increasing pervasiveness of digital connectivity comes from the reduction of information asymmetries between buyers and sellers. When the next treatise on the reasons for market failure is written, economists will surely pay attention to the diminishing intensity of asymmetric information as a cause. For example, Akerloff’s celebrated used car market did not exist in 1981 because the seller had no incentive to disclose the health of the used car to the buyer. For the buyer, the transactions costs in accumulating that information were prohibitive. Hence the market failure.

It is not that sellers in 2016 have suddenly become more virtuous; it is just becoming harder and harder to conceal information. The risk of purchasing a “lemon” car is smaller in 2016 because vehicular health data can be recorded and stored at minimal cost. The so-called Internet of Things (IoT), the next stage of the digital revolution, promises to integrate physical with digital devices, generating enormous amounts of ‘big’ data that can be used to derive information and thus drive efficiency in ‘the digital economy’.

The principle that information is power has long been exploited by owners and producers (read sellers), but digital technology has eased seller access to consumer data, leading to the creation of novel business models. Thus, the emergence of Lyft and Uber for transportation, AirBnB for hospitality and Amazon for retail are examples of marketplaces that are based on better and broader sharing of information, enabling demand and supply synchronization at a fraction of transactional cost. This break from the conventional towards a ‘shared economy’ places more emphasis on access rather than ownership, thus creating conditions for better resource allocation. This revolutionary phenomenon has enormous positive social welfare implications for socially and environmentally harmful phenomena such as congestion and air quality, which threaten most big cities in the G20. In essence, the shared economy, also known as the ‘platform economy’, has tapped into demand and supply mismatch in a variety of industries and services. At the same time, increasing affordability of such services has led to improved outreach and adoption of these platforms.

For India, the second fastest growing Internet economy in the G20, the opportunities are even more riveting. With internet penetration rate of 34.8%, a large share of global service exports (3.2% in 2014-15), and a renewed intent to conquer longstanding infrastructure and service level deficits, India’s digital future augurs well for its society. Thus, better targeting of subsidies through the convergence of banking, digitization and mobile phones, as invoked in the JAM Number Trinity solution (i.e. integration of Aadhaar biometric identity cards and mobile numbers with Jan Dhan Bank accounts for the poor) allows the direct transfer of state subsidies to the bank accounts of the poor, reducing – if not eliminating – the risk of ‘leakages’. A large informal sector and vast pool of migrant workers means that about 98% of transactions in India occur in cash. Although informal channels for cash transfers exist, these are expensive and time and cost-inefficient compared to electronic methods. Thus, a crucial aim of the inclusion agenda in India is to provide a robust payment system that minimizes the use of cash. This agenda recently received a major boost when the government declared 86% of currency notes in circulation illegal. Demonetisation on such a massive scale has bolstered electronic payments and it is anticipated that this will trigger behavioural change in society in favour of digital payments and away from cash.

The shared economy is oftentimes referred to as the ‘Gig Economy’ in which short term contractual engagements (“gigs”), become the norm as opposed to permanent long term employment. One third of micro-entrepreneurial millennials are independent workers, 45% use personal smart phones for work while 80% use social media as a means of seeking information on jobs. Thus the gig economy, as conjectured by experts, could be the future of work and become integral to the animated discourse around technology and jobs.

Technology however always comes wrapped with a cautionary warning. The longstanding apprehensions of security, privacy and labour displacement are as real as the possibility that technological Darwinianism will compel traditional models to reinvent themselves while providing far greater and more widespread benefits. Digital technology offers enormous hope, but it needs to be effectively leveraged. As the G20 accounts for 80% of internet users, 85% of global GDP, 75% of world trade and about two-thirds of the world’s population, digital leadership beckons. An expected 1 billion new users by 2020 will boost the digital GDP of the G20 to USD 6.6 trillion or 7.1% of total G20 GDP, while connecting between 30 billion and 50 billion additional devices. As the Internet grows more sophisticated and shared economy becomes the future norm, it is timely and opportune for the G20 members to contemplate ways of making this shared economy a fair, equitable yet competitive and profitable system. While regulation may be an obvious solution to create level playing fields, ensure social security benefits and fix other obvious glaring gaps in the budding shared economy, the nature and form of such regulation needs sufficient thought. As Lawrence Lessig says “regulation is a function of the new digital economy’s design”, but the time is now ripe to think deeper and customize this design to suit the enormous hope this technology holds for the G20. Collaborative efforts mediated through the G20 can go a long way in ensuring a free, fair, open, secure and transparent digital economy that has the power to democratize value and boost G20 productivity much faster than ever before. 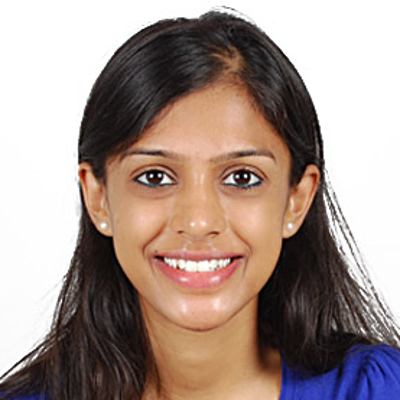 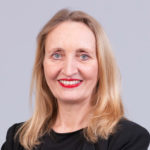