G20 Engagement and the Foreign Office

The G20 began as a forum for Finance Ministers and Bank Governors in 1999, but with the addition of the Leaders’ Summits in 2008, the Executive Office (or in the case of the 2017 G20 – the German Federal Chancellery) began to play a central role within the G20. A general division of labour has evolved in preparing G20 Leaders’ Summits whereby most economic and financial issues are managed through the Finance Track, and many non-economic issues are managed through the Sherpa Track via the G20 President’s executive office and an appointed Sherpa.

Foreign Offices and the G20

But what of the Ministries of Foreign Affairs, or in the case of the 2017 G20 President, the Auswärtige Amt or German Federal Foreign Office? The prominent role accorded to the heads of government and finance ministers in the G20 process has not been extended to Foreign Offices. The Foreign Ministers of the G20 will meet on 16 and 17 February in Bonn, Germany, but such meetings have only occasionally taken place in the context of the G20. There is no need to establish a G20 work stream dedicated to foreign policy, but the question is worth asking: What role should a Foreign Office play within the G20?

The relative under-utilisation of a Foreign Office in G20 Summit preparation may not be in the interests of a G20 that wants to give itself the best chance of realising its commitments. For example, the 2017 G20 President has announced that one of its priorities in 2017 will be promoting sustainable development in Africa.  However, closing the gap between the announcement and actual achievement of such priorities will require the allocation of political capital, including diplomatic resources. How should the German G20 Presidency proceed?

The G20 Troika is an evolving mechanism within the G20 that should receive special attention by every G20 President. As an informal international process without a Secretariat, each G20 President must be concerned with continuity. Although not ideal, the G20 Troika – bringing together past, present and future G20 Presidents – is one mechanism that is designed to ensure some degree of continuity. During the German Presidency the G20 Troika includes China as the 2016 President, and Argentina as the 2018 President. With few defined rules, the current President has some latitude in how they choose to engage with its two Troika partners.

If we are concerned with continuity and implementation of German priorities then how should Germany engage with the next G20 President? As Argentina will play some kind of role in implementing the accomplishments of a German G20 Presidency, close engagement with Argentina now may assure a more effective transition. Here again, the Federal Foreign Office has a role to play. It would seem reasonable for the Federal Government of Germany to exchange staff in key Ministries in Argentina to support capacity-building that might contribute to continuity between the 2017 and 2018 G20 Presidency.

Building support is essential in a forum such as the G20, where decisions require consensus, and G20 presidents should maximise the resources and personnel that are available to them. During Australia’s G20 Presidency in 2014, for example, the Australian Department of Foreign Affairs and Trade was actively engaged in helping to building coalitions within the G20 so that Australian priorities could be achieved. Additional diplomatic staff were strategically placed in embassies amongst Australia’s closest G20 partners so that support could be built to achieve outcomes. In particular, Australia and Turkey (the 2015 G20 President) placed several government officials in each other’s G20 “command centre”.

While engaging with fellow G20 members is important, what about the rest of the world and the many national governments excluded from this exclusive forum? During the Australian Presidency, a G20 Special Representative – a kind of “roving” Ambassador – was appointed that specifically focused on non-G20 countries, international organizations, regional associations, and the media.

Responding to the substantial mis-information about the G20 was an important task for the G20 Special Representative. Engaging in consultation, seeking information and listening to non-G20 country concerns were important aspects of the role, as was public advocacy. The Australian Special Representative was invited to every high level G20 planning meeting – not to participate, but to observe and understand the direction of the Australian Presidency so that they could speak with specific knowledge about G20 direction when engaging the global community. The German Federal Foreign Office could also offer support in such outreach efforts.

Everyone wants to talk to the G20 President, and a President has an opportunity to pursue a wide range of interests – some relevant to the G20, some not. Managing the role of the G20 President, while concurrently pursing national interests, is a balancing act that must be properly managed to remain creditable, and this is the kind of task in which high level diplomats are perfectly suited to assist. It seems reasonable to appoint several G20 Special Representatives – perhaps one per region – as the opportunity for bilateral engagement may never be richer than when leading a prominent global process like the G20. 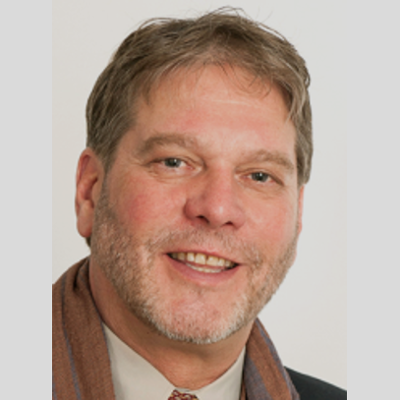