Africa’s Democracy is Good for Growth Does democracy promote economic growth? An immense body of literature already exists on this topic but there is, as yet, no hard consensus among scholars and policymakers alike about the general link between democracy and growth. This question is particularly relevant to sub-Saharan Africa—a region where two broad trends of fast economic growth and democratization concurrently happened over the past two decades.

Figure 1 shows the average GDP growth rate and Polity IV scores of democracy over the period between 1980 and 2015. The end of the Cold War ushered in a wave of democratization that swept across the entire region, as indicated by a positive increase in the average score of Polity IV in the early 90s, and also coincided with the beginning of a two-decades-long episode of hastened economic growth.

In our UNU-WIDER working paper, we revisited an ongoing academic debate over the relationship between democracy and growth with a particular regional focus on sub-Saharan Africa. We argue that democracy promotes growth, especially the longer a democratic regime is sustained. Democracies are said to facilitate economic growth by encouraging more responsible government spending (Baum and Lake 2003; Stasavage 2005), promoting property rights (van de Walle 2001; Przeworski and Limongi), and allowing popular votes to throw out corrupt leaders (Schedler et al. 1999). However, on the other hand, periods of democratic transitions are often accompanied with a great deal of uncertainty and, at times, social unrest and political violence, which probably all contribute to slower economic growth. It is important, therefore, to make a distinction between democratization and democratic consolidation as these two political phenomena have different implications for economic growth.

Our analysis of cross-sectional time series data that include up to 43 SSA countries for the period of 1982-2012 reveals that the positive effect of democracy on growth increases as a democratic system persists for longer years. Figure 2 shows the estimated effect of democracy (as measured by Polity IV) on growth (as measured by annual GDP per capita growth taken from the World Bank’s World Development Indicators) and how it varies based on different lengths of democracy (See more details in Masaki and van de Walle (2014)). In addition, we code regime type as a continuous variable and find that even incremental gains in civil and political freedoms that fall well-short of full-fledged democracy still have an economic benefit.

As clearly depicted in Figure 2, the marginal positive effect of democracy on growth is greater for those countries that manage to remain democratic for longer years (although its effect eventually becomes indistinguishable from zero when democracy duration exceeds roughly 25 years). The magnitude of democratic dividends is not-negligible. Just to illustrate this point, for countries like Ghana, Benin, Botswana, Zambia, and South Africa, which have managed to remain democratic for more than fifteen consecutive years, a one-unit increase in Polity IV scores is expected to increase GDP per capita growth by 0.54 per cent with a standard error of ±0.13 per Cent.

Source: Authors’ own construction. The figure is based on the baseline model in Masaki and van de Walle (2014), which controls for various socio-economic variables including, but not limited to, inflation rate, inflows of foreign direct investment, terms of trade, and government spending.

Notes: The solid black line represents the marginal effect of democracy, while the dashed black lines around it show the 95 percent confidence intervals. The dashed, grey line shows the number of observations across different lengths of democracy Duration.

We believe that this empirical evidence has several policy implications for Western diplomacy and foreign aid.

First, more foreign aid should be directed to fledgling low-income democracies. This aid will be more likely to promote economic development than aid that is directed at most non-democratic regimes. In addition, donors need to recognize that these countries have often been destabilized by the democratic transitions from which they have only recently emerged. In the early years of democratic rule, they still suffer from the economic stagnation in which they were typically mired because of the end of the authoritarian era and the traumatic events of the transition. There may be political actors that still wish to undermine the new democratic order. The scholarly literature has made clear that economic growth is very important to the survival of democratic rule, particularly at low-income levels (Cheibub et al, 1996). In sum, economic support to young low-income democracies is likely to constitute a good investment, both literally in economic terms, but also figuratively in political Terms.

Second, our empirical analysis suggests positive economic effects of even imperfect democracy in Africa, where, indeed, many multi-party electoral systems fall well short of the democratic ideal. Typically, in these countries, relatively competitive elections and limited political rights combine with substantial abuses of executive power, and a sharp imbalance of power between the executive and the other branches of government. Thus, we recommend that more aid be given to the institutions that promote vertical and horizontal accountability of the executive, in particular the judiciary, the legislative, as well as civil society. At present, relatively too little aid goes to strengthening these institutions.

Third, while the average African authoritarian government underperforms the average democratic government in economic growth and poverty alleviation, it must be recognized that a minority of authoritarian states are very good at it. These countries pose a quandary for donors, since political and economic objectives may be contradictory. Still our research suggests that authoritarian governments typically do not sustain their initial growth spurts, and will eventually decline. Thus, donors may view partnerships with such regimes as pragmatic vehicles with which to promote poverty alleviation, but they should continue to push for democratization. 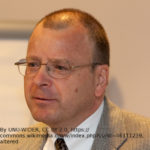 Nicolas van de Walle is a professor in the department of government at the Cornell University, Ithaca, New York. His primary field is comparative politics. 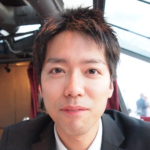 Takaaki Masaki is a Postdoctoral Fellow at the College of William and Mary. He specializes in international development and African politics.