Macroeconomic Policies for 2017 and beyond

The advanced economies of the world struggled to consolidate their recovery eight years after the Global Financial Crisis. According to IMF estimates reported in the January 2017 update of the World Economic Outlook, Gross Domestic Product (GDP) in the advanced economies grew by a mere 1.6% in 2016. In the same year, and for the eighth consecutive year, actual GDP remained below its potential level, which is indicative of a long contraction that advanced economies seem to be unable to overcome. Unemployment went down to 6.2% on average, but with double digit peaks in several European countries.

The economic situation of emerging and developing economies is also subdued. While GDP growth in 2016 was higher than in the advanced economies (4.1%), it was still far below the levels recorded in the pre-GFC period and even below the rates observed in the first post-crisis period. At global level, economic growth averaged 3.1%, marking a record low since 2009.

Inflation was below 1% in advanced economies and hit a record low of 4.5% in emerging and developing economies. Far from being good news, extremely low inflation, particularly in advanced economies, is another cause of concern. For one thing, it is a symptom of weak demand dynamics and hence faltering growth. For another, it might induce consumers and producers to postpone their planned consumption and investment, which would in turn weaken aggregate demand even more.

If 2017 is to mark a significant change in the performance of the world economy and the beginning of a prolonged period of sustained economic growth, then it will be necessary to rectify some mistakes or misunderstandings around the scope and practice of macroeconomic policy.

There is essentially nothing else that monetary policy can do

Most advanced economies, and some emerging economies, have made an extensive use of monetary policy to stimulate the recovery. This has resulted in the adoption of non-conventional practices that can be essentially described as extreme forms of monetary expansion. But now, with interest rates close to zero in many countries, the extent to which further interest rate cuts can help raise inflation and increase aggregate demand is likely to be very small, if not negligible.

With a bit of dramatization, one could say that the inaction of fiscal authorities (see below) has led to an abuse of monetary expansions, with a consequent fall in the effectiveness of expansionary monetary policy itself. For sure, now is not the time for central banks to abruptly reverse their policy stance. The monetary policy position ought to remain accommodative until growth has returned to acceptable levels. But accommodative here means that monetary policy should assist and support fiscal policy, not be used in place of fiscal policy. This brings us to the next point.

The budget is a tool, not a goal

In the immediate aftermath of the GFC, practically all countries adopted a simple Keynesian approach. Government expenditure was increased and taxes were decreased in order to generate a fiscal impulse (or stimulus) to boost aggregate demand. By all means, this was sound macroeconomics. Monetary policy had contributed to creating the conditions that led to the GFC and hence it could not have been used as a primary response to the GFC itself. Fiscal policy was the only other tool readily available to governments and a fiscal expansion was the only option, even assuming that in some countries the fiscal policy multiplier might not have been larger than one (which is the textbook condition to operate a counter-cyclically fiscal policy).

But then, inevitably, fiscal deficits started to accumulate and debt increased. While in principle there was nothing wrong with that, a generalised panic around the sustainability of the fiscal policy position of various countries, especially some of the large European economies, forced governments to quickly reverse their actions. The world, or at least part of it, went from fiscal expansion to fiscal contraction and austerity, and this did not help the recovery.

The mistake not to be repeated in 2017 (and beyond) is to think of the budget as the goal of fiscal policy. The purpose of fiscal policy is not to minimize debt or to achieve a budget balance at all costs within a set timeframe, irrespective of the underlying conditions of the economy. On the contrary, fiscal authorities should use the budget flexibly in response to economic shocks to stabilize the economy. For this reason, in a time of contraction, and given that the monetary policy space has been exhausted, fiscal policy must become significantly more expansionary. Even if this leads to an increase in deficit, the end of the contraction and subsequent peak in economic growth will ensure that the debt to GDP ratio is sustainable. Obviously, this does not mean that a country should be persistently in deficit. It means instead that a country ought to be in deficit for as long as it takes to end the contraction. Once the contraction is over and the economy goes through an expansion phase, fiscal deficit will turn into a fiscal surplus.

Spending for equality is good for growth

So, assuming that the argument on the need for expansionary fiscal policy is convincing, the next question is how to implement such expansion. A common view, expressed by many Treasuries worldwide, is that if we want to stimulate growth, then we need to spend on “infrastructures”. Typically, this view also includes some sort of corporate tax cuts to stimulate private sector activity.

This view neglects two important facts. First, in advanced economies, the marginal contribution to economic growth from an increase in the stock of infrastructures is not likely to be large. This is because many countries are affected by forms of “congestion” that are not really related to the availability of physical infrastructure, but that instead relate to institutional and bureaucratic bottlenecks. Second, and perhaps even more important, investment in infrastructure and corporate tax cuts are often financed by reducing other expenditures in the erroneous belief that the budget should always be balanced.

In this context, social welfare is one of the expenditure items that is most likely to be cut. This has potentially perverse effects. To see why, consider that (i) economic growth in the long-term is essentially a process of innovation, (ii) innovation has historically come from the “middle class” and (iii) the crisis of the last eight years has already caused a sharp increase in the inequality of income distribution within countries. By cutting social welfare, governments would further sharpen these inequalities. But in an unequal society, where the middle class struggles and a small group of individuals live on rents while a large mass of “poor” are at subsistence levels, innovation is unlikely to happen and hence the economy will stagnate.

A more dynamically efficient approach to fiscal expansion should therefore be based on the provision of public goods that facilitate the reduction of inequalities while strengthening the fundamental ability of the economy to innovate. 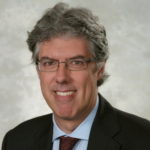