Fight Against Capital Flight: A Global Agenda for Achieving Sustainable Development in Africa Traditionally strategies aimed at accelerating economic development in Africa have focused on strengthening domestic resource mobilization and attracting more external capital to fill the large financing gaps faced by the continent. Much less attention has been paid to the illicit export of Africa’s capital – capital flight. This approach has perpetuated Africa’s dependence on external financing while ‘normalizing’ the plunder of Africa’s wealth through unfair trade and illicit financial flows.

Time for action is now

If the global community is truly committed to partnering with Africa in achieving sustainable development, time for action is now; it must invest in helping Africa to achieve financial independence. This will require a two pronged approach: increasing efficiency in the mobilization of domestic resources; fighting against capital flight and repatriating stolen assets.

Capital flight consists of unrecorded outflows occurring through various mechanisms including embezzlement and illegal export of foreign exchange, underinvoicing of exports and overinvoicing of imports. Two important motives of capital flight are the desire to conceal funds that have been illicitly acquired and the desire to evade taxation. Capital flight is a subset of the broader phenomenon of illicit financial flows, which include payments for smuggled imports, financial transactions associated with illicit trade (e.g., narcotics and contraband), and outflows of laundered funds that were illicitly acquired.

Capital flight is a major constraint to African development

It is estimated that over the past two decades alone, Africa has lost over half a trillion dollars through capital fight. The absolute volume of capital flight from Africa may be lower compared to other regions, but the burden in terms of forgone development is relatively higher, especially given that this is the continent with the highest levels of poverty. Rather than being severely indebted to the rest of the world, ironically Africa is a ‘net creditor’ to the rest of the world in the sense that the stock of capital flight stashed abroad vastly exceeds the stock of Africa’s liabilities vis-à-vis the rest of the world.

Capital flight undermines sustainable development in various ways, both directly and indirectly. It depletes domestic savings, depressing capital accumulation which is the key driver of long-term growth. It drains government resources, thus undermining financing public infrastructure and the provision of social services. Moreover, given that part of the capital flight is fueled by embezzlement of external borrowing, capital flight ultimately undermines aid effectiveness. The debts that have fueled capital flight remain a liability on the African governments and the people. These odious debts compromise the wellbeing of Africa’s current and future generations, because even when some of the borrowed money is embezzled, the country remains saddled with the totality of the loans. It is therefore urgent to adopt and implement comprehensive principles for responsible lending and borrowing to ensure that loans to African countries are effectively used to finance economic development.

Capital flight is a global phenomenon. It involves shared responsibilities of actors in the source and destination countries. Obviously, African governments have the responsibility to establish legal and regulatory frameworks and institutions that prevent the embezzlement of public resources and illicit trade and financial transactions. However, tackling the push factors of capital flight is only one side of the equation. Africa’s development partners are responsible for ensuring that their financial systems do not facilitate the illicit transfer and concealment of private assets by African elites. They are responsible for ensuring that global trade is transparent and fair so that African countries are able to reap their legitimate share of the market value of their exports.

Africa’s bilateral and multilateral development partners have both a moral obligation as well as economic and strategic interests in the fight against capital flight from Africa. The moral obligation arises from the fact the wealth accumulated through capital flight from Africa is stashed in the so-called offshore financial centers, most of which are in advanced countries. In other words, Africa’s capital fuels the economies of the same advanced countries that are supposed to assist Africa in its efforts to achieve sustainable development. This tradition of giving the continent with one hand and taking back with two is morally reprehensible.

Moreover, some of the capital flight is fueled by external borrowing that is embezzled by leaders, often while creditors turn a blind eye on kleptocracy. Lenders, therefore, have a moral obligation to ensure that loans are not transformed into private wealth of the African political elite and that the private wealth accumulated abroad through capital flight is repatriated to the continent. To break the vicious cycle of odious debt and capital flight, Africa’s lenders and donors should initiate and support systematic audit of all debts and grants provided to African countries. The Norwegian government has already initiated the audit of its loans to developing countries. Other donors should follow suit. On the African side, governments may take a cue from successful examples of debt audit by debtor countries, such as the case of Ecuador in 2007. Regime transitions offer an opportune occasion for challenging the legitimacy of loans incurred under past dictatorial regimes as shown in the case of Tunisia after the fall of the Ben Ali regime. Moral and financial support by Africa’s development partners is critical for the success of such much needed initiatives.

The other major area where the role of the global community is critical is in curtailing capital flight that occurs through trade. It is estimated that a significant part of illicit financial flows occurs through commercial transactions in the form export underinvoicing and import overinvoicing. Trade misinvoicing is particularly a major concern in primary commodities. The dominance of intra-firm transactions in international trade, tax arbitrage generated by disparities in tax regulations across territories, and lack of harmonization and transparency in reporting of trade data create incentives and opportunities for trade misinvoicing. Profit shifting through base erosion is a byproduct of globalization that perpetuates unequal distribution of the gains from international trade to the detriment of African economies. Addressing these challenges requires increasing transparency and accountability in the international trade and financial systems.

Global efforts to combat capital flight have already achieved notable milestones that can be leveraged and harnessed going forward. At the continental level, the establishment of the High Level Panel on Illicit Financial Flows has provided an anchor for the debate on strategies to curb the continent’s financial hemorrhage. At the international level, the Stolen Asset Recovery Initiative and various national laws against corporate corruption, money laundering, tax evasion and related financial crimes can be leveraged to prevent capital flight from Africa and improve resource mobilization.

Success of these regional and global initiatives requires genuine political will; that is the real binding constraint. The fight against capital flight must be a cornerstone of international cooperation in support of Africa’s financial autonomy as a foundation for sustainable development. 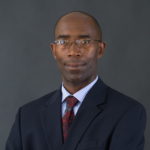