The economic consequences of Mr Trump Ninety-two years ago, John Maynard Keynes wrote his famous essay The Economic Consequences of Mr Churchill. Economists today are going through a similar process for Mr Trump. Indeed the critical questions for the G20 this year are what the consequences will be of Mr Trump’s policies for the G20’s macroeconomic agenda, and what can the G20 do to address them.

Mr Trump has promised a substantial increase in the US deficit through tax cuts and increased spending on infrastructure. He has promised tariffs on imports from US companies that move offshore. He has promised to crackdown on China’s allegedly undervalued currency. And as a consequence of his policies, he has effectively promised a higher US dollar and higher US interest rates from the Federal Reserve: an institution which, along with the International Monetary Fund (IMF), he has been critical of.

These policies will have significant implications for the G20’s macroeconomic agenda. This agenda can be organised under four headings: fiscal sustainability, reducing global imbalances, strengthening the global financial safety net and varied commitments on monetary policy, including refraining from protectionism, avoiding negative spillovers, moving towards market determined exchange rates and ensuring careful communication by central banks.

Mr Trump’s policies will put the G20 further behind in its efforts to promote fiscal sustainability. His policies are projected to add US$5.3 trillion to US debt over 10 years. While infrastructure investment is welcome, these policies will also appreciate the US dollar which, through a weakening of US exports, will worsen the global trade imbalances that the G20 has been trying to reduce since 2008.

A stronger US dollar also risks fuelling a protectionist response from the Trump administration. The yuan is already at its lowest level against the dollar since 2008 and will likely weaken further, and a strong dollar makes it more attractive for US companies to move offshore. A higher US dollar could encourage Trump to go ahead with his plans to put tariffs on imports from China and on imports from US companies that move operations overseas, breaking a long established G20 strategy of condemning protectionist measures.

Most importantly for global stability, a strong US dollar and higher US interest rates could result in significant negative spillovers, particularly for emerging market economies. Dollar-denominated debt totalled US$10 trillion in 2015. More than a third of it is in emerging market economies. The cost of servicing these debts will increase as the dollar appreciates. It will pressure emerging market economies to raise interest rates to defend depreciating currencies and could also reduce credit flows, which have been fuelled by cheap dollars in recent years. The G20 will need to carefully manage these risks, in-line with its commitment to avoid negative spillovers.

If these risks do materialise, the global financial safety net could be called upon. But recent IMF analysis found the safety net is too small to deal with a widespread shock and too fragmented to respond quickly and efficiently. Mr Trump has been critical of both the Federal Reserve and the IMF. To protect its independence, the Fed could respond by being more cautious and less willing to extend assistance to countries in need. It could also mean a stalling of much needed reforms to strengthen and recapitalise the safety net, particularly the IMF. At a time when the global financial safety net needs strengthening, Mr Trump could be a threat to its integrity.

The implications of the incoming Trump administration therefore paint a gloomy picture for the G20 and its macroeconomic policy agenda. So what can the G20 do about it?

For many, the question isn’t what the G20 can do but what the G20 should do. The G20 is under no obligation to protect the US from the consequences of its own decisions. But the G20 does have an obligation to minimise spillovers and ensure cooperation in line with its macroeconomic commitments.

First and foremost, the G20 must do what it can to ensure an adequate global financial safety net. This can be assisted through bilateral loans to the IMF, a strengthened regional financing arrangements and stronger cooperation between these arrangements and the IMF. In the long-run, the G20 needs to focus on IMF reform and better integrating emerging market economies within the safety net.

Second, the G20 needs to redouble its efforts to promote growth. The G20 growth strategies, conspicuously absent from Germany’s G20 agenda, provide a framework for growth-promoting structural reforms as well as reforms to bolster the resilience of financial systems in emerging market economies. The growth strategies need to be reinvigorated. Implementing growth-enhancing reforms is easier to do if others are doing it too.

Third, the G20’s macroeconomic agenda is a good one and should be strengthened and defended. The G20 should strengthen its accountability processes, publishing how individual countries are performing. It should publish analysis from the IMF on whether countries do in fact have undervalued exchange rates, which countries are resorting to protectionist measures, how countries are tracking on fiscal sustainability and which countries are contributing to growing global imbalances.

And finally, Germany needs to develop an agenda that both engages on issues that are driving the growing nationalist movement while adhering to the G20’s core values for an open, rules-based international system. It can engage on these issues through a focus on crowding-in private finance for infrastructure, defeating multinational tax avoidance, stamping out corruption among government officials and cracking down on terrorist financing.

As German theologian Albert Schweitzer said: the first step in the evolution of ethics is a sense of solidarity with other human beings. Germany’s G20 host year will need to build a similar sense of solidarity if it is to achieve meaningful results in 2017. 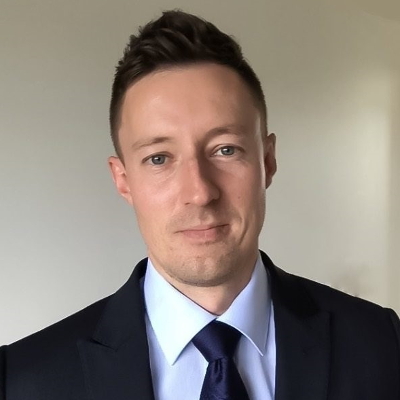 Adam Triggs is a doctoral scholar at the Crawford School of Public Policy at the Australian National University and is a former advisor on the G20 at the Department of the Prime Minister and Cabinet.