Germany’s presidency can make a difference on energy Energy has a big part in at least four of the announced priorities of Germany’s G20 presidency; trade and investment, climate and energy, 2030 Agenda, and the proposed partnership with Africa. This blog post discusses how the summit process can maximise the G20’s effectiveness in the field of energy.

In general, the G20 can exercise a powerful leadership role where it guides, commissions, and empowers existing international organisations. Also, the G20 can be effective where it captures a tide of global opinion or responds to a universally recognised crisis. But the G20 suffers from lack of continuity and from the absence of any secretariat of its own to follow up its initiatives. Each presidency launches its own raft of programmes and these often run into the sand for lack of interest on the part of subsequent presidencies.

One other general point. It is important to understand the G20 as a complex process. The G20 is not just the summit meetings of heads of states and governments, although I realise that these are the showcase. The meetings of Sherpas and, in the case of energy, energy ministers and the Energy Sustainability Working Group (ESWG), can improve international understanding and influence events in ways that the annual G20 communiques do not necessarily capture.

First of all, therefore, I hope that the German presidency will build on existing initiatives. At the Brisbane summit in 2015, the G20 agreed its energy agenda in the form of nine Principles on Energy Collaboration.  It is important to reaffirm these as the framework for G20 energy action. Otherwise, I am afraid, the G20 goes round in circles on energy. Recent presidencies have launched worthwhile G20 initiatives on energy access in Africa and Asia, on energy efficiency, and on energy investment. These topics are all highly relevant to the German agenda and, as far as possible, it makes sense to pursue this agenda by taking them a step further. The ESWG could be given a remit to work on how this can be carried forward.

The G20 in 2017 has a golden opportunity to guide the reform of energy institutions. In the Brisbane Principles adopted in 2014 the G20 agreed to work together to make international institutions more representative and inclusive of emerging and developing economics. This was a not very guarded reference to the fact that, at a time when the world is crying out for North/South cooperation on energy, the International Energy Agency (IEA) remains an exclusive OECD organisation. The IEA itself has recognised the problem and is working towards making itself a genuinely global energy body. The IEA’s Executive Director is keen to make progress, and so are many of the national representatives who sit on the IEA’s Governing Board. But they may not have the necessary authority within their own governments, because in most countries questions of international governance, including energy governance, are the preserve of the Prime Minister’s office and top levels of the Foreign Service.

This means that the G20 Sherpas, on which all the main protagonists are represented at the right level, is an ideal forum in which to raise this subject and influence events. Not all G20 members share the same interest in this topic, so it may be difficult to get explicit communique language. But that may not matter very much if the key players have agreed informally on the way forward. One crucial question in this respect, is whether the election of Donald Trump has killed the idea of IEA reform stone dead? I don’t think we should jump to conclusions. The Sherpas can find out!

A related topic is the need for better international structures for cooperation on energy efficiency. The idea of modernising the International Partnership on Energy Efficiency Collaboration (IPEEC) so as to produce an effective energy efficiency hub around the IEA has already been canvassed. This also could be promoted through the G20 process.

Carbon pricing is a difficult, perhaps politically toxic, topic. But we are not going to meet carbon targets as long as the atmosphere continues to be offered as a free dumping ground for carbon waste. I hope that the German presidency will make the effort to start a conversation about this in the G20 process. This does not have to mean carbon taxes. It can be pursued through the idea of linking carbon trading schemes. And everyone recognises that the timetable for poor countries has to be much longer than for rich countries. But it is vital to start talking about the range of carbon pricing that needs to be embedded in national energy policies and how this should progress, over time, from modest beginnings. This is tough, but it’s the acid test of how serious leaders are on climate change.

Energy investment is also a crucial topic. Donald Trump has said that he intends to enhance US infrastructure investment, which no doubt includes energy, and China is pursuing its huge belt and road initiative. Not all of this may be particularly green, which is why a nudge from other G20 leaders and Sherpas could be helpful! The time may be right for a positive initiative to promote more environmentally friendly energy investment around the world, building on the work of the Australians in 2015. The rapid decline in the cost of renewables and the fact that, following Europe and the US, developing Asia now leads on new investment, may make this a fruitful area, to be associated with the enhancement of electric grids and research on energy storage. 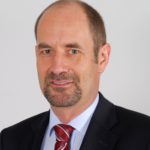 Neil Hirst is the Senior Policy Fellow for Energy and Climate Mitigation at the Grantham Institute, Imperial College London.