G20 and deliverables on trade

Support the creditability of the WTO

The German G20 presidency will take place in difficult economic times. The outlook for the world economy remains weak: The IMF predicts in its World Economic Outlook that global growth will slow to 3.1 percent in 2016 and rise slowly in 2017. Trade growth has also slowed to annually 3 percent. Only half the growth rate before the financial crisis. The benefits of free trade and globalization are increasingly being questioned. Rising inequalities, and challenges of migration have led to populist and nationalist tendencies in many countries. The G20 summit in Hamburg in July 2017 needs to give a clear signal in favor of globalization and free trade.

G20 has failed on trade

The G20 has a bad record on trade. Since the first G20 summit in 2008, the G20 leaders have promised to refrain from protectionist measures, the last time at the G20 summit in Hangzhou, China. But contrary to these promises, G20 members were responsible for 81 percent of protectionist measures implemented in 2015 according to the 2016 Global Trade Alert. Another trade area, where the G20 has failed concerns the Doha Development Agenda (DDA) of the World Trade Organization (WTO). In the beginning, G20 members pledged to conclude the round at a certain date; in the end they simply committed to advancing negotiations on the remaining DDA issues (Hangzhou declaration). What must the German G20 presidency deliver on trade and Investment?

A strong signal on the benefits of globalization

The G20 summit in Hamburg – under the leadership of Chancellor Merkel – will convene in a country whose economy is highly dependent on open markets and free trade, and the summit must give a strong signal on the benefits of globalization and trade. The G20 needs to establish a positive trade agenda and show that developed and developing countries can gain from trade. This is only possible if the G20 countries are willing to show a differentiated picture of the results of free trade including the gains for sectors, workers, consumers and development on the one side as well as the negative aspects of income and job losses in certain sectors on the other side. Only if members stop using aggregate numbers, and instead paint the whole picture, can the missing trust in trade and free trade agreements be restored. In addition, the G20 must stress the need for distributional aspects to offset the (possible) negative results of trade.

In addition, the G20 needs to give a clear signal that global trade needs rules to shape globalization according to our commonly shared principles and standards. This can be done first by the WTO and the Doha Round. The G20 includes all major players in trade and should be able to find a common ground on how to move Doha forward. A mere lip service to the importance of advancing the multilateral round is not enough. The G20 should try to find a compromise on the future work program. For example, the DDA could deliver on development issues (starting with trade facilitation, and fisheries subsidies), to clear the path for new issues which are now important for global trade such as e-commerce, global value chains, trade and investment, competition, labor and environmental rights. The WTO as a multilateral organization is regarded positively in many countries – even by trade skeptics – because of the inclusiveness of the negotiations. In the present anti-trade-climate, it is worthwhile for the G20 members to support the creditability of the WTO and to breathe new life into the rule-making pillar of the organization.

Another aspect, where the G20 must deliver is in on the promise of free and open borders. Particularly in the present period of a global trade slowdown, the G20 needs to get serious about tackling protectionism. Apparently, the present moratorium on protectionist measures is not working adequately. Therefore real action by the G20 members to repeal these measures and a stronger peer review are important. The biannual joint reports by the WTO, OECD and UNCTAD on G20 countries‘ trade and investment measures should be used as a basis for ongoing discussions among G20 peers on how and when to eliminate these provisions.

Lastly, the G20 must deal with rules for global Investment. Whereas trade is largely governed by the WTO, foreign investment is barely regulated on a global level. Instead, countries have negotiated numerous bilateral and regional investment treaties. In this regard, China’s efforts to create the non-binding ‘G20 Principles for Global Investment’ are laudable. They call for open, non-discriminatory, and transparent conditions for investment while reaffirming the right to regulate investment for public policy purposes. Germany needs to work on these principles and enhance them further.

The G20 summit in Hamburg needs to send a strong positive signal on trade and globalization. Under the German presidency, the G20 must restore trust by speaking out in favor of the merits of free trade – not neglecting possible downsides. The trade vision of the G20 therefore also needs to include measures for social inclusion and trade adjustment. 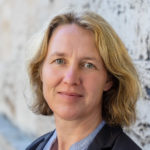 Claudia Schmucker is head of DGAP’s Geo-Economics Program. Prior to that, she had headed DGAP’s Globalization and World Economy Program since 2002. She has published extensively on European and transatlantic trade policy, the World Trade Organization (WTO), and the Doha Round as well as on the role of informal global forums such as the G7 and G20. Schmucker studied at Rheinische Friedrich-Wilhelms Universität in Bonn, at Elmira College in New York State, and at Yale University. She holds an MA in North American studies and a PhD in economics from the Freie Universität Berlin.