Three areas in the build-up to Hamburg

At this point of transition of the G20 presidency from China to Germany, Hannah Wurf speculates on three areas ‘worth watching’ in the build-up to the Hamburg Summit. A narrative on economic resilience and new approaches to migration and global health. Wurf also explores how the German presidency might build upon the legacy of the G20 Hangzhou Summit in pursuing its possible priorities.

G20 Germany: Back at the Helm

There was a lot of anticipation ahead of the Hangzhou G20 Leaders’ Summit. China prepared to show off its global leadership credentials. With Germany hosting the next summit, it will feel a bit like ‘business as usual’. A G7 member back at the helm from December 2016. However, the global economy faces a whole suite of new risks. Germany cannot afford to be complacent.

Germany will not be working off a clean slate. The 2017 host will have to build on the outcomes from the Hangzhou Summit. China led some positive discussions but a sense of prioritisation was lost in the 48 paragraph communiqué. Notably, China tried to revive the G20’s work on development and amplified Turkey’s 2015 message about ‘inclusive growth’. Germany is a strong supporter of the United Nations 2030 Agenda and the 17 Sustainable Development Goals adopted by the international community in September 2015. So it may continue China’s efforts to align the G20 process with the 2030 Agenda. China also tried to take on the global problem of slowing trade and reluctance to invest (despite low interest rates) and revive the G20’s emphasis on structural reform. These issues will continue to hang over the G20.

Germany has not yet released its priorities document. I speculate that there are three areas worth watching: the narrative on resilience, and new approaches to migration and health. Migration and health were included in the 2016 communiqué as issues to be followed up in 2017. How the G20 could address these issues was also explored in the most recent Lowy Institute G20 Monitor.

The G20’s raison d’être is its mandate for strong, sustainable, and balanced growth. But the recovery from the global financial crisis drags on, while globalisation has become a dirty word for populist politicians. Christine Lagarde from the IMF has spoken repeatedly of the ‘new mediocre’ of the global economy. Germany has very particular views on the right policies to spur growth. It has been a loud advocate of austerity within the European Union. It has continued to prioritise fiscal prudence and has pledged to reduce national debt to 60% of its GDP. The Economist responded to this pronouncement with the heading: “German budget surpluses are bad for the global economy”. Germany’s decision is an ongoing challenge for the G20 as governments have their own agendas that often contradict what others believe to be a better outcome for the global economy.

It is difficult to see Germany leading a discussion about fiscal stimulus among G20 countries. Even though there is some evidence that coordinated stimulus would be more effective. Instead, Germany will be looking at the theme of economic resilience, likely through financial regulation, taxation, and measures to prevent future crises. These are important areas of work for the G20, but policies aimed at resilience will not necessarily help grow the global economy. There is at present no consensus in the G20 about the right combination of monetary, fiscal, and structural policies needed in the current economic environment. Given the rampant populism in key G20 countries, part of the resilience narrative should also address growing protectionism and anti-globalisation sentiments.

The agenda of G20 hosts inevitably reflects their domestic priorities. Germany is leading the response to the European refugee crisis. It is unlikely that Germany would waste the opportunity to talk about migration policy at such a high-level meeting like the G20 Leaders’ Summit. There may be a chance for alignment of the G20 with the voluntary UN Global Forum for Migration and Development, which will be co-hosted by Morocco and Germany in 2017. The G20 made a vague promise in Hangzhou that it will “examine migration issues in 2017”. Germany will have to think hard about what the G20 can add to migration cooperation. The forum is mostly made up of rich destination countries from different regions. At best, G20 countries could commit to increase their intake of refugees. Or better fund the UN agencies trying to manage unprecedented movements of people.

At the end of the long Hangzhou communiqué, paragraph 46 covered antimicrobial resistance as potential threat to global economic stability. The G20 affirmed the need for research and development and tasked the WHO, FAO, OIE, and OECD to collectively report back in 2017. This indicates that Germany could better integrate public health into the G20 agenda. The G20’s track record on health is patchy, with a separate statement released on the Ebola Virus in 2014. Germany successfully managed a proactive health agenda as part of its G7 host year and supported the WHO Global Action Plan on Antimicrobial Resistance. Health has not been a natural fit for the G20. But the forum has opportunities to align with the Sustainable Development Goals and boost national health systems, as well as tackle antimicrobial resistance.

Germany will release its priorities document in December 2016. German officials will be under pressure to build consensus and support for their agenda before the leaders’ summit in June 2017. They will have to manage ongoing G20 issues and select particular new issues to pursue. The German G20 presidency should be realistic about what it can achieve given the low support for international economic cooperation in the current political climate. If it can promote new cooperation on migration and global health, that would already be a significant achievement. 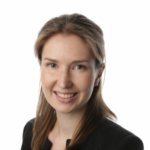 Hannah Wurf is a Research Associate at the Lowy Institute for International Policy working on international economic governance. Her current research focuses on the G20 and the multilateral development banks.