A chinese legacy in the G20?

In this blog, Alex He from The Centre for International Governance Innovation (CIGI) explores the G20 Hangzhou Summit outcomes, and China’s G20 presidency, for insights into China’s “strategy and perceptions around global economic governance”. He also considers the conditions that are required for the outcomes of the Hangzhou Summit to be successfully adopted and implemented in the coming years.

Dubbed by some as the Chinese solution to global economic sluggishness, this year’s G20 summit emphasised structural reform, innovation-driven growth, inclusive and interconnected development, and robust international trade and investment. Beyond just repeating the buzzwords of this year’s summit, China’s approach grants us a rare look into its strategy and perceptions around global economic governance.
For example, structural reform was the top priority and a major draw-card of the China G20 summit. G20 members agreed upon nine priority areas, forty-eight guiding principles of structural reform, and a set of indicators to help monitor and assess structural reform. The consensus achieved on these points and the instrumental role that China played in leading discussion on these issues, fully demonstrates China’s transformation within this economic forum. Once a “follower”, today China has become a leader within the G20.

A Blueprint on Innovative Groth

China took clear stands on numerous issues. It opposed the introduction of formal indicators for assessing member country performances, as has been proposed in the past, such as at the Seoul Summit in 2010 where a handful of members suggested a cap on deficits or surpluses at 4% of GDP. For the first time, China also put innovation-driven development on the G20 agenda, aiming to forge new sources for global growth in the long run. The Hangzhou Summit also delivered the G20 Blueprint on Innovative Growth, which emphasises the need to take actions in support of the “New Industrial Revolution” and the digital economy. This blueprint highlights the structural reform agenda and innovation-driven growth as fundamental components in achieving strong, sustainable and balanced growth.
Pro-innovation strategies and policies adopted in this blueprint further emphasised intellectual property rights protection and green financing. Green financing and environmentally sustainable growth, for example, is a quickly growing and creative policy area in which China sought to take the lead at this year’s summit. This led to the encouragement of green investment, and the development and mobilization of green bonds markets. China has also played a leading role in promoting inclusive financing by showcasing the rapid growth of online financial institutions in China, such as Ant Financial Services Group.

Inclusive and interconnected development is another priority that China highlighted at the G20. As the largest developing country, China has had a growing interest in addressing development issues. China listed the goal of implementing the 2030 Agenda for Sustainable Development, adopted by the international community in September 2015, as a main theme of the summit, and focused on this agenda throughout the summit. In China’s view, it should be recognized for taking the initiative to establish the Asian Infrastructure Investment Bank (AIIB), and its One Belt One Road Initiative, two key policy tools designed to promote infrastructure and interconnected development in developing countries.
Fostering an open world economy and reinvigorating global growth are two areas that China has had its eyes on since the 2013 G20 summit. In Hangzhou this year, China continued its focus on these areas by promoting more robust international trade and investment and reaffirmed through the G20 communiqué “its determination to ensure a rules-based, transparent, non-discriminatory, open and inclusive multilateral trading system with the World Trade Organization playing the central role in today’s global trade.” In addition to statements of support, China successfully coordinated the positions of the G20 major economies to oppose trade protectionism and promote global trade recovery and development.

Outcomes of a Five-Year Plan?

It is important to highlight that the ideas China advocated at this year’s summit were strongly influenced by domestic factors. China’s emphasis on “innovation-driven growth”, “inclusive and interconnected development”, and “robust international trade and investment” can be traced back to its 13th Five-Year Plan (2016-20). This is essentially the latest national economic and social development blueprint, and it further makes mention of terms like green development, openness, and coordination. The Plan firstly highlights innovation and defines it as a major driver of economic development, and emphasizes that inclusive development that will ensure China’s prosperity is shared among the whole population. Green development is defined in the document as “pursuing environmentally friendly economic growth”.
The principle of openness in the plan stipulates that China should be more active in embracing the global economy and engaging in global economic governance. It’s obvious that the 13th Five-Year-Plan is where a great number of China’s policies at the Hangzhou Summit come from. The top priority on the agenda of Hangzhou Summit, structural reform, comes from the idea of supply side structural reforms that has been promoted since 2015 as the key to sustaining economic growth in China.

Chinese Footprints in the G20?

The question remains as to whether any of this means that China’s solutions to slower economic growth will have a lasting impact. Will China, in this way, be able to leave its footprints on global economic governance? The answer thus far is not clear, but there are some ways to begin to answer this question.
Firstly, China’s G20 presidency earned it the discursive power it has sought for years. The summit gave the country a louder voice and an enhanced set of tools to set the agenda for global economic governance. Taking full advantage of this, China proposed some fascinating ideas and worked others into the summit’s agenda to focus on sustainable growth. Whether China’s narrative on the promotion of global growth can be adopted and emulated by other members within the G20 remains an open question, however.
Second, China’s answer to a sluggish global economy primarily focuses on providing long-term, endogenous driving forces for global growth. Structural reform, innovation-driven growth and inclusive development all require consistent, long-term efforts by all members of the G20. Specifically, it will depend on whether future G20 presidencies can deliver on the goals laid out in the Hangzhou communiqué. It seems that Germany, the next G20 host country, will most probably continue to champion a structural reform agenda. China will still be in the Troika system next year, which means that it will wield some influence in helping to determine the 2017 G20 agenda. However, by 2018, when Argentina will assume the G20 presidency, China’s capacity to influence the agenda through the Troika will likely be less influential. There is no guarantee that the legacy of China’s G20 presidency, and its overwhelming focus on structural reform, innovation and robust international trade and investment for global growth can or will carry forward. 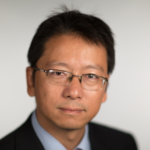 Alex He is a research fellow and expert on China's foreign economic policy at the Center for International Governance Innovation (CIGI). He is also an associate professor at the Institute of American Studies at the Chinese Academy of Social Sciences (CASS). Most recently, Alex published The Dragon’s Footprints, a book providing an in-depth exploration of China’s participation in the G20; its efforts to increase its prestige in the international monetary system, and its involvement in global trade governance.