The Focus is not limited to Economy and Finance

Germany will take on the G20 Presidency in December 2016. This is a role which involves tremendous opportunities and responsibilities in a difficult global economic and political Situation. A visionary and global outlook is required in order to pave the way for a more secure future. The G20 is an indispensable actor when it comes to the future of global governance as a means of shaping globalisation. The industrialised nations and emerging economies that make up the G20 account for over 80% of global GNP, greenhouse gas emissions and resource consumption.

Without the G20, it is virtually impossible to resolve any globalisation issue.

Progress on any front, whether the stabilisation of international financial markets, the closing of tax loopholes for global enterprises, the development of the world trade and investment order, the decarbonisation of the global economy to combat global warming, the application of social guardrails for cross-border economic activities, the creation of rules to govern digitisation, or the implementation of global data protection, is barely achievable without the G20.

The focus is not limited in this context to traditional topics such as the boosting of economic growth and financial market sustainability. The German Government is currently in the process of setting its central issues for Germany’s G20 Presidency. Key stand-out words and phrases include the development of resilient financial markets, inclusive growth and employment, digitisation, climate change mitigation, and investment for Africa. Significant impetus can be provided here for moving towards a socially and environmentally responsible global economy.

As well as taking account of the specific issues of the German Presidency and the Argentinian and Indian Presidencies set to follow it, it is important to bear in mind that the G20 needs to find solutions to issues of the future in a specific historical context. This context is characterised by four dimensions outlining a number of Herculean tasks, the addressing of which will be decisive to the long-term ability of the G20 as a whole to take effective action.

The G20’s core activities to date have revolved around ensuring growth, stability and investment in the global economy. While this will continue to be the case, 2015 saw the international community and the community of states agree the 2030 Agenda and its Sustainable Development Goals, and the Paris Climate Agreement. Both of these accords are designed to bring about a paradigm shift.

The big question is: how can we develop global economic governance so that it not only stimulates growth of some kind, but also initiates growth patterns, investment and innovation which lead by the middle of the century to the decarbonisation of the world economy, a global recycling system, the end of poverty, and a massive reduction in the inequality of income distribution in and between nations?

If the G20 fails to take on this ambitious transformation agenda, both the 2030 Agenda and the Paris Climate Agreement will fail, spelling the end of the only two civilisation projects upon which the multilateral community of states is currently able to agree, while many other areas of action are dominated by tensions, conflict and confrontation. Germany has made a significant contribution to the success of these two development agendas and is devising comprehensive initiatives for implementing them in national and European policy. Consequently, the German G20 Presidency can also provide key impetus for the global implementation of the 2030 Agenda and the Paris Climate Agreement.

G20 as a testing ground for cooperation between emerging and, relatively speaking, diminishing economic powers

The G20 brings together “old” and “new” economic powers, providing an opportunity to embed new economic power relationships in a culture of global cooperation. Yet cooperation is not guaranteed, as the manifest lines of division in the international policy-making arenas could end up paralysing the G20. At the same time, the G20 is only the platform through which the world’s leading OECD countries  and emerging economies can address global issues and develop common interests, despite their differences.

In many G20 countries, nationalist, xenophobic and “our country first” movements are gaining in significance, radically undermining the G20’s basic philosophy of driving global cooperation in an interdependent world. This political conflict can only be won if the G20 countries succeed in developing a new narrative of inclusive and fair globalisation and promoting the G20 as a network which provides social and environmental guardrails for the globalisation process. The 2030 Agenda could help to provide solutions to issues of global interdependence, removing the fuel from the fire of right-wing populist movements.

The United Nations comprises 193 states, meaning the G20 sits alongside a G173. As such, if it is to strengthen and further develop its political legitimacy, the G20 needs to ensure that it always takes account of the concerns, needs and perspectives of the G173, particularly the poorest states, alongside the individual and common interests of its own members. The fact that the German G20 Presidency will stress the future of Africa is important against this backdrop. Developing long-term, mutual reform prospects with African states and the African Union could help to successively mainstream within the G20 some things which our closely linked global economy and society urgently require, namely the championing of global perspectives and interests that complement the responsibilities of national and regional networks. 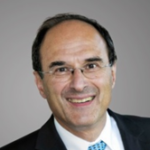 Dennis Snower is President of the Kiel Institute for the World Economy (IfW) and Professor of Economics at the Christian-Albrechts-University, Kiel