Under the Sign of the Arctic: Research Trip to Iceland

Our researcher Jacqueline Götze participated in the JUSTNORTH Open Science Day, the Arctic Circle Assembly and a research seminar at the University of Iceland. Read more… 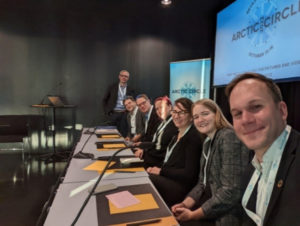 From 9 to 16 October, Jacqueline Götze, researcher at IDOS in the DFG-funded project on Sustainable Urban Development in the European Arctic (SUDEA) went on a study trip to Akureyri and Reykjavík in Iceland. Akureyri, one of SUDEA’s case study cities, is located in northern Iceland, at the end of a fjord surrounded by mountains. The city has around 18,000 inhabitants and is the largest town outside Iceland’s more populated southwest corner (around the capital of Reykjavík). Being a small community in a municipality with good infrastructure comes with certain advantages when it comes to (sustainable) urban development: you get the feeling of everybody knows each other, a lot of things are in walking distance and many inhabitants seem to look positively and optimistically into the future. With the University of Akureyri, a great cultural offer and beautiful landscapes just in the surroundings of the city, you get a sense of remoteness but still of urbaneness. The city is supposed to grow and wants to become the second centre / minor capital of Iceland.

In this setting, Jacqueline participated in the JUSTNORTH Open Science Day. JUSTNORTH “Towards a Just, Ethical and Sustainable Arctic” is an EU-funded project about decision-making processes on Arctic economic development. The interdisciplinary and international team works with different approaches to justice and ethical principles. One of the preliminary key findings of the research group is that there is a need for a different starting point for economic development; it should be rather on the question on how humans can flourish. For that, decision-making processes need to underline an human development perspective, give voice to the non-human and must encourage sharing of values to build decision-making more on compromise and less on sacrifice. Due to the centre-periphery context in the Arctic, the role of the local government and municipalities was stressed as they are often in a better position to distribute and design processes that are morejust.

From October 13th to October 16th, one of the largest and most popular Arctic conferences took place in Reykjavík: the Arctic Circle Assembly. Two team members of the SUDEA project Arne Riedel (Ecologic Institute) and Jacqueline Götze participated in a panel on the question whether Arctic governance is future-proof. The SUDEA team highlighted that out of a local and urban research perspective and European Arctic focus speaking, Arctic governance is not future-proof (yet). They shared insights from their fieldwork on existing gaps between governance levels, the local, national, regional and global as well as between the North and South, the centre and periphery as well as within governance levels when it comes to knowledge transfer and inclusion of different perspectives. Furthermore, they stressed that the war against Ukraine led to a shift to a geopolitical narrative that challenges the idea of peaceful Arctic cooperation. Although these dynamics affect the local level, local voices are very often missing in new scenarios on the development of Arctic cooperation. Thus, more formalised mechanisms at the local level are needed to pool existing knowledges and experiences as well as governance procedures that ensure the inclusion of local perspectives on development. 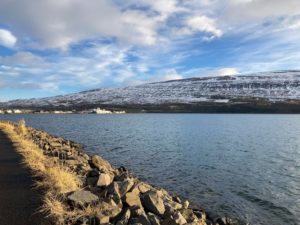 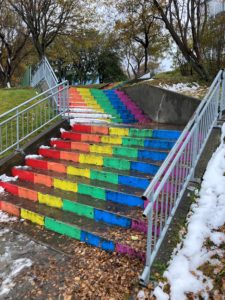 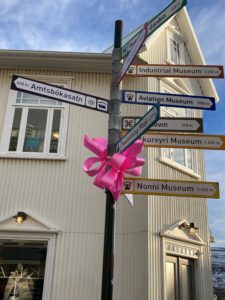 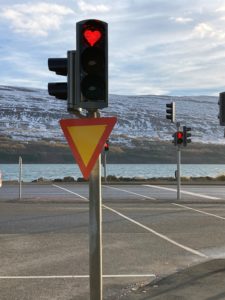 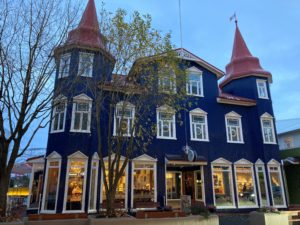 It was the first Arctic Circle Assembly after Putin’s invasion of Ukraine, which resulted in low attendance of Russian researchers. There were only few panels that did not thematise the consequences for cooperation in the Arctic. In discussions on how Arctic cooperation formats can continue their work without Russia opinions differed, particularly in view of the most relevant intergovernmental Arctic forum, the Arctic Council. Many stressed its relevance due to its work in the fields of knowledge production from and for the Arctic on climate and environmental change, search and rescue, protection of Arctic biodiversity and the inclusion of Indigenous peoples.

Jacqueline and Arne also participated in a side event to the Arctic Circle Assembly, the High North Centre at Nord University in Bodø organised the research seminar “From Research to Practice and Back – Fostering Collaboration to Address Smart and Sustainable Cities and Communities” on October 14th at the University of Iceland. The SUDEA team presented their preliminary research insights on policy processes on sustainable urban development in the European Arctic and discussed key findings on governance procedures with scholars from the field of (critical) smart development in urban and remote contexts in the Arctic as well as with practitioners from municipalities. The exchange was very fruitful because the project’s findings could be discussed with scholars and practitioners working with different geographical foci in the Arctic(s). The group elaborated on linkages, similarities and differences between ‘smart’ and ‘sustainable’ development concepts. What smart and sustainable development in the Arctic means and entails, very much depends on the context and the possibility for different stakeholders to participate in policy-making as well as on if there are shared understandings of the actors involved in such development processes.