“Recover Together – Stronger Together” is the slogan of the G20 presidency of Indonesia 2022. Formulated in 2021, it was meant as a signal to focus on economic recovery and the global health architecture after the Covid-19 pandemic, combined with sustainable energy transition. In 2022, geopolitical tensions amongst G20 member states and a series of yet more global challenges, including a severe food and energy crisis, place a bold question mark behind literally all components of the slogan. Economies and societies do not ‘recover’ at the aspired pace. The recent drop of the global Human Development Index erases gains of the last five years. The G20 is not ‘together’ and most of the world’s economies cannot be considered ‘stronger’. In sum, global governance is anything but fit to address the “interwoven sustainability emergencies” with a climate crisis at its core. Still, there is hope that the Indonesian presidency marks the beginning of a new era for the G20, and, thus, for the global cooperation system as a whole.

The new era arguably has already begun, even if keeping the G20 alive may turn out to be the Indonesian presidency’s main success under challenging circumstances. We will see a set of four G20 presidencies with a markedly “Global South” identity in a row: India (2023), Brazil (2024), and South Africa (2025) are to follow Indonesia. This comes with great potential in the mid-term for closer cooperation, more continuity in the G20 agenda and a stronger focus on development that works for the South.

The hope for more cooperation and a shift of focus towards development within the boundaries of the earth system crystallised during the recent summit of the Think 20 (T20) in Indonesia. The T20 is an official G20 engagement group that brings together leading think tanks and research institutions to provide research-based policy recommendations. In its final message to the G20 leaders, condensed from more than 130 policy briefs produced in 9 Task Forces and launched during the Summit, the community highlighted five core areas on how to:

Beyond these core points, discussions during the Summit revolved around the role of the T20 and the science and think tank community for international cooperation. In this way, the T20 tried to deliver on the thematic priorities of the Indonesian G20 presidency, while recognising at the same time that at the moment food and energy security are more immediate concerns than green and digital transformations.

In 2022, cooperation in the G20 is both more difficult and more needed than ever. The core challenge of climate change becomes ever more pressing with numerous direct and indirect effects on societies, economies and ecosystems. Other, new challenges have been added, not least manifold implications of the Covid-19 pandemic. Despite the Covax initiative and related efforts, worldwide access to affordable vaccines remains a key challenge. Economic recovery is hampered by geopolitical tensions that come with a substantial food and energy crisis, a slowdown of growth for major world economies, a looming ‘stagflation’ period and an excess debt crisis. All of these effects hit less resilient economies hardest and it happens at a time when production and demand were still suffering from the disruption of supply chains during the pandemic. People mobility was reduced because of Covid-19-related restrictions and today harms both economic re-opening and the transnational cooperation between countries in more general terms. To illustrate, the already complex exchange with China has become even more difficult in the face of China’s strict public health measures due to its zero-Covid approach. Within societies worldwide, the pandemic widened the gender gap regarding income and socio-economic security; women were the first to lose their jobs and are the last to return to the labour market. Young generations suffer from “lost years” of education, the real consequences of which are likely to unfold in the next years only. The high share of young people in developing and emerging countries implies strongest effects here. The boost of digitalisation fuelled by the pandemic – occasionally perceived as a modernisation of services – results in more automation, adding an additional disruptive element to the labour market with a likely increase of existing inequalities.

The complexity and urgency of these interwoven challenges call for globally coordinated action. The G20 might be a forum for that, but political disagreement hampers comprehensive cooperation and, thus, increases the risk that the major challenges of our time remain unaddressed. G20 members are divided over their positions on Russia’s war against Ukraine, while its repercussions – including rising energy and food prices – put an additional burden on economic recovery. Additional political and economic uncertainty comes with strong disputes between the US and China regarding Taiwan. Under the Indonesian presidency, the G20 disguises these developments under the notion of ‘geopolitical tensions’ without addressing the elephants in the room openly. However, the absence of trust between various actors constitutes a key obstacle to the formulation of joint positions, and it is not unlikely that President Joko Widodo will have to close the Summit on 16th November without a joint communiqué.

A new era of cooperation in a ‘Southernised’ G20?

Despite these risks, there is hope that the sequence of chairing countries in the coming years bears the potential to initiate a ‘Southernisation’ of the G20 after a period of agenda setting by developed countries with positive effects. The incoming presidencies share similar development challenges and economic and political roles in their respective regions. This background can make it easier for them to arrive at common understandings of global problems – the precondition for joint and, thus, effective solutions. These countries also share the ambition to co-shape world affairs based on a better recognition of global power shifts towards the South. Three of them are members of BRICS, which can contribute to the synchronisation of initiatives. In this way, the sequence of presidencies can bring a stronger development focus and more continuity to the agenda, the lack of which remains a key obstacle to effective cooperation structures. The already established troika system, meant to synchronise the efforts of three consecutive G20 presidencies, could be made to work into the same direction. Initiatives like the T20 Research Forum, established during the T20 summit, may help develop joint understandings and continuous agenda setting, too. Beyond the set of chairing G20 countries, attempts to better integrate G20 views in the G7 process under the German G7 presidency 2022 shows potential for a parallel ‘G20-fication’ of the G7, with prospects for improved cooperation between the two country clubs. Crucially, together, the trends of 2022 – Southernisation of G20, and G20-ification of G7 – may also mark the beginning of a new era of global cooperation, in which Southern leaderships shift the focus to the Global South.

Indonesia is well positioned to keep the G20 alive. Its geopolitical position between major blocks, diverse international economic connections, its strong role in ASEAN and membership in APEC, the approval of the UN resolution ES-11/1 to deplore Russia’s invasion of Ukraine in combination with a non-alignment with ‘Western’ sanctions against Russia, and an overall careful diplomatic approach can help keep the show going when leaders meet for a showdown on Bali in November. However, as agreement on a comprehensive common approach to key crises remains unlikely, regional and thematic country clubs, which share higher ambitions in selected areas, could be a pragmatic means to create dots – within and outside the G20 – that can be connected at a later stage. The four presidencies of emerging powers in the G20 should work together to materialise the potential of a better-harmonised and more continuous agenda until 2025, with shared development and climate questions at the centre.

Here, the role of a cooperative and effective T20 as a “bank of ideas” underpinned by sound scientific evidence is crucial. It can help in setting and maintaining a multiannual agenda, building necessary transboundary bridges and finding common solutions. It remains to be seen in how far the strong T20 efforts under Indonesian guidance can contribute to a successful G20. Arguably, the T20 process can be most important when successful cooperation amongst G20 members is most difficult. While Indonesia’s presidency might not be able to fully live up to the ambition of its motto to have the G20 recover together and stronger in 2022, its legacy could be the preparation of a new phase of togetherness, which allows for better cooperation in the future. 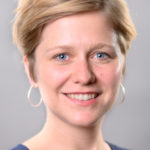 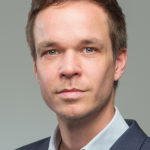