“Total Official Support for Sustainable Development” (TOSSD): It is time to get South-South cooperation providers on board

In September, the UN General Assembly’s High-level Dialogue on Financing for Development met to discuss how to fund the Sustainable Development Goals (SDGs) – four years after the 2030 Agenda for Sustainable Development was set. The world community already acknowledged the role of non-traditional funding, namely South-South cooperation and triangular cooperation in Busan in 2011. With the new ambitious 2030 Agenda, funding became ever more crucial. The UN estimates that the funding gap for achieving the SDGs amounts to 2.5 trillion USD every year. The 2015 Addis Ababa Action Agenda therefore called not only for increasing Official Development Assistance (ODA) but also for mobilizing other public and private resources that go beyond ODA. To build a picture of the total funds channeled for development assistance, in 2014, the OECD started developing a new international measurement framework to cover a more comprehensive range of development finance, the “Total Official Support for Sustainable Development” (TOSSD) measure. TOSSD is due to be finalized next year. Now is the time to make sure that TOSSD can fulfil its potential to provide a more complete picture of development finance from all contributors not only from the Global North but also from the Global South.

When the OECD announced the development of TOSSD, civil society actors from the Global North as well as the Global South voiced their concern that the instrument will be governed by the exclusive club of the OECD DAC members who are accused of being overly focused on their own interests. To address this concern, the OECD has attempted to make the development process of TOSSD inclusive, transparent, and open. For example, it set up an international task force that is developing TOSSD that consists of DAC and non-DAC provider countries including Asian and African beneficiaries as well as recipients of development assistance and international organizations. The international task force would like to get on board all providers who support reaching the SDGs – and not only OECD DAC members and 20 other countries that already report ODA data to the OECD.  However, crucial providers such as Brazil, China are only observers and are therefore not proper members of the task force. India is not participating in the task force at all.

This points to the major challenge that TOSSD is facing: it can be doubted whether it will succeed in getting South-South cooperation providers on board. The 1978 Buenos Aires Plan of Action established principles for South-South cooperation (Pratyush Sharma and Sachin Chaturvedi are discussing SSC Impact Assessments on this blog) – such as non-interference in internal affairs, and equality of rights, differentiating these development efforts from the traditional ODA. Its subscribers are by no means a homogeneous group: some, like new EU members Bulgaria, Croatia, and Romania, report to the OECD and do not seek to challenge the OECD-driven aid system; on the other hand Brazil, China, and India are opposed to the DAC model. Shedding light on the contributions of the latter group in working towards the SDGs would be of great benefit, since they have enormously increased their development efforts in recent years. However, it remains unclear if TOSSD could actually achieve this goal.

Furthermore, the OECD-based task force seeks to transfer ownership of the TOSSD metric to the UN, at least partially. Not only did it propose that the UN Statistical Commission include the TOSSD measurement into the SDG indicator framework, it is also currently coordinating with several UN bodies to find an appropriate governance arrangement. The UN Statistical Commission, the Economic and Social Council, United Nations Conference on Trade and Development, and United Nations Regional Commissions’ statistical bodies have all been discussed as potential “UN homes” for TOSSD. To  change the impression that TOSSD is a DAC-driven metric, ownership of the measure should be integrated into UN as soon as possible. This would be a first step for TOSSD to become a globally accepted measurement framework that makes development finance more transparent.

What happens with TOSSD is well worth watching

In sum, the OECD has put effort into making the process of developing the TOSSD metric inclusive, transparent and open. However, it has not yet brought relevant South-South cooperation providers on board, achieved real ownership of the measure in the Global South. Whether TOSSD will be a success will depend on who comes aboard in the end. The major challenge will be to include key players such as China, Brazil, and India. Only then can TOSSD live up to its promise to provide a global picture of development finance. An important step to it becoming globally accepted is to integrate TOSSD into the UN context as soon as possible. By July 2020, the TOSSD Task Force wants to finalize the reporting instructions, collect and analyze TOSSD data and try to integrate it into the UN context. The next few months are crucial. 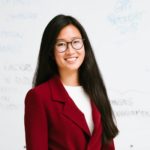 Melissa Li works as a Research Associate at the Global Public Policy Institute (GPPi) in Berlin.