In 2015, world leaders set up the most ambitious agendas: the 2030 Agenda and the Paris agreement on climate change. These agendas included commitments to eradicate hunger, and to fight poverty and inequality, leaving no one behind. They also included voluntary obligations to reduce emissions and to adopt serious measures for mitigating and promoting adaptation to the impact of climate change.

These agendas were negotiated through a bottom-up approach that reflected a new distribution of power and an emerging “multiplex World Order” (Amitav Acharya) in which key actors interact in different ways. Nonetheless, one year after the establishment of these agreements the world was shaken by a wave of nationalist movements, from east to west, from north to south. Since 2016, multilateral institutions and the goals they were supposed to promote have been under siege.

These attacks affect the ability of governments to fulfil their commitments to the implementation of such agendas, and therefore have an impact on the development cooperation field. Development cooperation is a sensitive field in the face of the challenges of a transforming world order. There is no universal approach, with the area basically divided into two major sub-systems. First, the ODA (Official Development Assistance) system, led by the OECD and organised according to a division between donors and recipients, where the former has the responsibility for providing development aid to the latter. Second, a heterogeneous set of practices led by rising (super)powers identified under the South–South Cooperation (SSC) umbrella.

Neither group nor development approach is entirely fixed or stable. On the contrary, development cooperation is a decentralized policy area in which different principles and practices are increasingly intertwined. For example, the Development Assistance Committee (DAC) of the OECD includes the Republic of Korea – a country formerly of the Global South. Additionally, many South–South Cooperation Partners are still recipients of ODA, crossing the lines between these subsystems. Others are currently facing the challenge of having graduated from the recipient list without necessarily overcoming their own development bottlenecks.

Different understandings of development cooperation are contested in international development debates, hindering attempts to merge these sub-systems. The Global Partnership for Effective Development Cooperation (GPEDC) is one example of such difficulties. The GPEDC is intended to be the main platform for actors on aid-effectiveness topics, but it is not a global platform since major actors such as Brazil, China and India are not participants.

SSC is organized and defined to a limited extent. The IBSA (India, Brazil and South Africa) club provided a definition of SSC in mid-2018. While emphasizing the principles of “respect for national sovereignty; national ownership and independence; equality; non-conditionality; non-interference in domestic affairs; and mutual benefit”, IBSA partners claim that “SSC is completely different from the North–South/donor–donee cooperation, and that ODA templates are not a good basis for SSC”. Nevertheless, a clearly defined group of SSC providers and a jointly shared approach are not yet available. For example, Rwanda’s capacity-building support for the government of Benin is quite outside the current mainstream discourse of SCC providers coming from middle-income countries.

Framing the agenda for BAPA+40

Based on the “Buenos Aires Plan of Action for Promoting and Implementing Technical Cooperation among Developing Countries” adopted in 1978, the Second High-Level United Nations Conference on South-South Cooperation (this new Buenos Aires Plan of Action conference is abbreviated as BAPA+40) will take place from 20 to 22 March 2019 in Buenos Aires. BAPA+40 will be the main event on SSC and triangular cooperation for many years; the event itself, as well as the preparation for it, will focus debates in several ways.

First, the fact that BAPA+40 will be a multilateral conference under the auspices of the United Nations, will afford it much legitimacy in dealing with SSC. Jointly agreed norms and standards will be a major improvement on the often confusing debates about SSC. The conference is the ideal place to broaden a consensus on a definition of SSC among SSC providers, and between SSC providers and beneficiaries. Thus, BAPA+40 could and should be the place to decide on a clear definition of SSC.

Third, the BAPA+40 preparation process is a good opportunity to systematize existing impact assessment practices among South–South Cooperation Partners and reach a broader agreement about common criteria for assessing SSC.

Fourth, as the BAPA+40 Conference will gather together SSC providers and DAC donors , it should move beyond existing models of triangular cooperation – which often stress the influence on emerging powers – towards a horizontal partnership driven by developmental goals, oriented towards knowledge sharing under the “Leaving No One Behind” approach. Triangular cooperation has the potential to use multi-stakeholder approaches beyond the traditional models. In this particular case, experiences such as the Global Partnership Initiative on Effective Triangular Cooperation should be strengthened and emulated.

Dialogues on global problem-solving are important. The 2030 Agenda and its Sustainable Development Goals (SDGs) require effective partnerships. A global set of norms for development cooperation so far does not exist; BAPA+40 is a crucial opportunity to identify common ground for an emerging consensus on SSC. 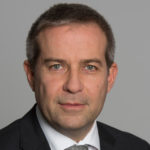 Stephan Klingebiel is Head of the research programme “Inter- and transnational cooperation with the Global South” at the German Institute of Development and Sustainability (IDOS). He is also Senior Lecturer at the University of Marburg and a regular visiting professor at Stanford University. 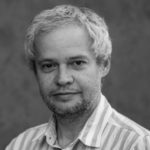 Paulo Esteves is an Associate Professor at the International Relations Institute (Pontifical Catholic University of Rio de Janeiro), the director of the BRICS Policy Center, a senior research fellow at the Institute of Advanced Sustainability Studies and a fellow at Brazil’s Public Administration School (ENAP).