Policy makers, struggling to respond to migration within Africa and from Africa to Europe, have turned to economic development as a means to improve prospects in potential migrants’ home countries. The logic goes, if people have livelihoods in their home countries they are less likely to undertake the dangerous journey across Africa and the Mediterranean to Europe.

This makes sense on the surface, and the European Investment Bank (EIB) has led by example, taking the initiative of backing a EUR 247 million financing program in Ethiopia to support growth in the manufacturing sector, especially small and medium enterprises. Ethiopia is not only an important economic player in East Africa, but is also a major waypoint for refugees and migrants. So if EIB supports manufacturing, Ethiopians and other migrants will take steadier jobs and thus be less likely to migrate. This sounds great, but oversimplifies the complexities around why people stay in jobs – and their home countries – or choose to migrate. Recent research in Ethiopia showed that people rarely stayed in manufacturing jobs for more than a year, often working long enough to save money to finance an onward move or job change.

These results were contrary to what development economists would expect. With access to a steady paycheck in the formal economy why would people not stay in manufacturing jobs longer and migrate less? According to the surveys done with Ethiopian workers, people left formal employment because the jobs were often dangerous, and the informal economy provided equally good pay, safer conditions, and more flexibility. Basic issues like physical safety and high enough wages to afford to set up a home often get lost when politicians talk about managing labor migration. But the data indicates that these are the issues which make a difference to laborers in Ethiopia, and likely in other parts of Africa, when deciding to stay in a job or move on.

To effectively support the kind of economic development in Africa that provides viable alternatives to high risk migration, donors like the EIB have to think beyond just providing a spot on a production line and a paycheck. Programs like the Ethiopian financing program are a good start, but donor agencies should also work with the African governments and employers to develop workplace safety regulations and benefits packages for workers. Improving work environments can be the difference between someone having the opportunity to establish a livelihood, or working to save enough money to move on in the difficult search of something better.

This post originally appeared in German in the Frankfurter Rundschau’s Gastwirtschaft column on 9 September 2017. 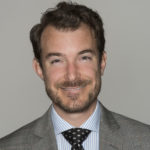