France and China have officially established a cooperation agreement on third-country investment in November 2016. Its flagship programme is a joint investment fund. This blog argues that one essential precondition for a successful cooperation is a good understanding of third country’s domestic needs and the identification of complementarities of Sino-French joint Investments in Africa. I take Morocco as an example to illustrate that France and China may have comparative advantages that can contribute to accelerating Morocco’s implementation of renewable energy, a national objective that requires substantial financial support.

During the Fourth High Level Dialogue on Finance and Economy between France and China (held in Paris on November 14, 2016), the Sino-French Fund for Third Country Cooperation was established, with a maximum funding of €2 billion (CDC International Capital and China Investment Corporation each injected €150 million as kick-off finance.). Through this Fund, China and France commit to officially work together to facilitate investments in African and Asian countries. Soon after, during the French Prime Minister’s official visit in China in February 2017, two projects were identified under this framework, namely a wind farm in Namibia and a household waste incinerator in Cambodia.

The promotion of sustainable development has become a more prominent dimension of international cooperation with the Sustainable Development Goals (SDGs). The joint fund provides an opportunity for France and Europe to exchange with China on sustainable development. With successful projects that can be used as models/references, the joint fund may even play a role to orientate China’s general foreign aid policy toward a sustainable-development-based approach. The joint fund also provides a chance to identify how to boost ambition and accelerate African countries‘ domestic sustainable transition and capacity strengthening, which could be used as a reference for Europe in terms of cooperation with Africa.

An important element to ensure a real success (and avoid the risk of “green-washing”) of the Fund is the clear identification of the recipient countries’ domestic needs. Moreover, the specific complementarities of the Sino-French investments to supporting these domestic needs have to be established. Take Morocco for example. The country is highly import-dependent on fossil fuels. In order to decarbonize its energy mix, secure energy supply, and reduce trade deficits, Morocco has decided to increase its share of renewable energy generation to 52% by 2030. This target can only be reached with substantial financial international support, as described in Morocco’s Nationally Determined Contributions under the UNFCCC process. Several projects have been implemented to ensure this energy transition. For instance, five wind farms deploying a total capacity of 850 MW delivering a record low electricity price of $30/Mwh are currently established. This is lower than domestic thermal-powered electricity thanks to the high quality of wind resources.

On the other hand, France has project management experience in Morocco (e.g. with regard to compliance with social and environmental standards) and a good understanding of cultural and legal aspects in Morocco, which could help prevent potential project risks and delays. This know-how could complement Chinese investors’ limited local knowledge due to relatively low investment activities in Morocco (for example, in 2011, total inward Chinese foreign direct investment in Morocco amounted to $11.4 million, compared to a total of $2.22 billion in 22 Arab countries), and thus improve projects’ viability.

The Joint Fund can contribute to setting up a joint Sino-French renewable energy program in Morocco with an initial financial support that triggers further private sector investments backed by Morocco’s domestic reimbursement capacity. The Fund can facilitate the design of an integrated renewable energy plan, which defines end-use trajectories of renewable energy. This, in turn, can provide the opportunity of a convergence process on green and sustainable finance for the implementation of the SDG Agenda between China and France.

Indeed, the joint fund may take a case-by-case and country-by-country approach to deliver sustainable projects in Africa. Beside commercial criteria, the fund should not only focus on countries with solid reimbursement capacity, it may also need to play a role to support SDG implementation in the least developed countries. 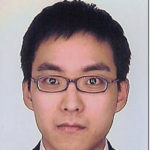 Xin Wang is a Researcher at the Institute for Sustainable Development and International Relations (IDDRI) at Sciences Po. in Paris.