In the topsy-turvy world of the G20, women’s economic empowerment – a controversial issue given the poor record of some G20 members – has become an area where it seems easier – relatively! – to build consensus. Praise, or blame, First Daughter Ivanka Trump to promote the gender economic agenda with her father. Or admire Angela Merkel’s diplomatic skills given that, earlier this year, she picked gender equality as one of the few items that were unlikely to be stumped on by the new US administration.

Perhaps women’s empowerment is the unintentional winner from the Hamburg Summit; even so, the detailed section in the communique and the launch of the Women Entrepreneurs Financing Initiative (We-Fi) are two significant steps toward international action to close the gender gap.

This is not new to the G20 that first embraced gender equality in Los Cabos in 2012 – “We commit to take concrete actions to overcome the barriers hindering women’s full economic and social participation and to expand economic opportunities for women in G20 economies. We also express our firm commitment to advance gender equality in all areas, including skills training, wages and salaries, treatment in the workplace, and responsibilities in care-giving.” Two years later, in 2014, the G20 made a clear and measurable commitment to reduce the gender gap in the labour market and increase women’s participation to the formal economy. In Brisbane the G20 leaders pledged to reduce “the gap in participation rates between men and women in our countries by 25 per cent by 2025, taking into account national circumstances, to bring more than 100 million women into the labour force, significantly increase global growth and reduce poverty and inequality.” In 2015 the G20 established the W(omen)20 as one of its engagement Groups.

Since its setting up as leaders’ forum in 2008 the agenda of the G20 has progressively shifted from a financial and economic focus – as a coordinated response to the global financial crisis – to issues such as food security, financial inclusion, climate change, inequalities, that affect long-term prosperity and welfare. The focus on women’s contribution to economic growth and on the stark gender disparities is part of, and reflects this shift, recognising that investing in women’s and girls’ economic empowerment is not only a fundamental human right, it is also smart economics.

The benefits of bringing more women to the formal economy – while acknowledging the economic contribution provided by many women at home home – are clear. Global GDP can grow by as much as US$28 trillion, or 26 percent by 2025 if female participation to the labour market is increased to full parity with male participation. But change is slow and significant gender inequalities persist in all G20 member states, even in those that are the best performing in the group – there are significant differences among the G20 members in terms of women’s legal rights and economic empowerment. Women are paid less than men (on average 17% less than men), work longer hours as they take care of family members and are often excluded from the labour market; in some countries they have limited – or no – access to finance and limited – or no – property rights. There are still more women than men in poverty in both developing and developed countries, and many of them are still excluded from economic decision-making within their own household and from participating in public life.

Even if the benefits of gender economic inclusiveness are clear, the pace of change is too slow: currently it will take several decades to achieve gender parity. Therefore, active policies to promote gender inclusiveness are critical to build more robust, sustainable, resilient and inclusive economies around the world. The We-Fi is the first initiative that the G20 take collectively to tackle gender inequality. Before, the responsibility to respond to commitments like the “25 by 25” was left to the domestic policy domain of each member states. Will We-Fi work?

Not many details have been made available yet: Besides that the fund will be managed by the World Bank and established as a Financial Intermediary Fund, it will have more than $1 billion of financing as a mix of donor grant funding and commercial financing. It will support women-led SMEs in “World Bank Group client countries” by facilitating access to capital, providing technical assistance, and investing in other projects and programs that support women. So far US$325 million have been raised and a number of G20 – Australia, Canada, China, Germany, Japan, Saudi Arabia, South Korea, United Kingdom, and the United States – and non-G20 countries – Denmark, Netherlands, Norway, United Arab Emirates – have committed to support the initiative.

The key question about this new initiative, and the whole We-Fi, is whether it will manage to become a truly public-private funding facilities aiming at providing capital and credit to women-led sustainable and potentially scalable SMEs, or if it will be more focused on poverty-relief and micro-credit. If the latter, the risk is to replicate many of the already existing programmes. Indeed the gap to be addressed is at the level of SMEs that need “to scale their operation, build capacity, ensure their equal access to finance and markets, and accord them their fair share in global value chains”, as recommended by the W20. By focusing on the ability of women entrepreneurs to serve their debt and build financial sustainable enterprises the We-Fi fund will be in the position to continue to serve this market and even to expand its resources. Only by having a clear mandate, identifying the best channels to disburse the funding, establishing strong governance and best practice the We-Fi fund can fill this critical gap and make a significant difference for many women entrepreneurs in developing countries. For the moment the jury is still out.

A step to the side: the G20’s climate dance, by Brigitte Knopf

From Taormina to Hamburg: A fruitful G7-G20 relationship?  by Franco Bruni 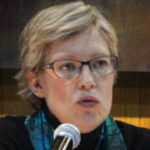 Paola Subacchi is an economist and author. She is a senior fellow at Chatham House in London, a visiting professor at the University of Bologna and a board member of two FTSE-listed companies.