Moving beyond the traditional model

China and Germany have developed a remarkable bilateral relationship over many years. Although China still needs support from Germany in many areas, it is now time for China and Germany to build a new partnership via development cooperation modalities to contribute to global sustainable development.

The Sustainable Development Goals (SDGs) represent the goals that all nations agreed to reach by 2030. The SDGs are also the ethics that deeply reflect our common concerns on the future of our society and environment. Those goals have been developed through a long political and technical process, which succeeded in spite of critiques of its complexity and viability. The SDGs will be implemented at global, regional, country, and local level. They will be implemented by different stakeholders such as governments, international agencies, civil society, and private sector actors. Therefore, their implementation will depend on joint ventures at different levels and among different stakeholders.

China and Germany have developed a remarkable bilateral relationship over many years. The economic and development cooperation between the two countries since the 1980s has been particularly significant for China’s development. In the new global context, this cooperation stands at a crossroads. The issue is how to move this collaboration beyond the traditional mutual economic benefit model, and how to contribute more broadly to sustainable development for the two countries and also globally. Although China still needs support from Germany in many areas, it is now time for China and Germany to build a new partnership via development cooperation modalities to contribute to global sustainable development.

In 1982, China and Germany signed the general agreement for development cooperation, and Germany began to provide development assistance to China. From 1982-2012, Germany provided a total of USD 1.21 billion in technical assistance. China was Germany’s largest bilateral development assistance recipient during that period. German development assistance for China has supported a wide range of initiatives, in fields such as human resource development, agriculture, education (particularly vocational training), industrial development, urban development, environmental protection, forestry and natural resource management, and rule of law. Cooperation in human resources development, agriculture, forestry and natural resources management, vocational training, urban management and rule of law has had a profound impact on China’s development since the 1980s. The first food security project, implemented by Gesellschaft für Technische Zusammenarbeit (GTZ), commenced in 1984 and aimed at improving the food production infrastructure in the poor Shandong Province. A vocational training project in Tianjin is still playing an important role and its impact has been scaled up nationally. The Sino-German Center for Integrated Rural Development Project, implemented by Gesellschaft für Internationale Zusammenarbeit (GIZ) from 1986-1996, has been institutionalized into the China Agricultural University as the college of Development Studies. This has become a leading research and education institute for rural development in China and is also known around the world. Germany’s long standing support to the Hainan Reform and Development Research Institute helped it become a well-known think tank in social and economic policy in China. Although there was a lack of systematic study on the impact of the role of different donors in China, the cooperation between China and Germany can certainly be regarded as an example that demonstrates development cooperation effectiveness. With the changing role of China in the global system due to its increasing economic capacity, development cooperation between China and Germany has changed in the last few years, and will continue to Change.

Firstly, in 2010, traditional development cooperation between Germany and China formally ended. The cooperation between the two countries continued, but was shifted to strategic cooperation to deal with regional and global challenges. However, compared with the new modality between China and other OECD / DAC (Development Assistance Committee) members such as the UK and the US, China and Germany have not yet developed a new joint model for future development cooperation in the new global context. The Sino-German Center for Sustainable Development is one outcome of recent bilateral discussions. The direction and main context of the cooperation still needs to be defined.

Secondly, both sides used to work under the donor-recipient model. China is certainly still facing many domestic challenges, but those challenges in fact have strong regional and global implications. Hence, there are still many areas that China and Germany can continue to work on together, to help China develop more inclusively. The cooperation will, however, have to be different from the traditional recipient-donor model. From the German perspective, development cooperation is by definition perceived as altruistic and the German public does not fully support continuing this kind of cooperation with China. Germany would, therefore, need to develop a suitable mechanism to legitimate continued cooperation. From the Chinese perspective, China needs to realize that to fulfill its global responsibility is important for China. A new partnership with Germany to promote global sustainable development would be one effective way to combine the different strengths of both countries.

Thirdly, new global development strategies by the two countries, such as Germany’s “Marshall Plan with Africa” and China’s “Belt and Road Initiative”, provide an opportunity for both to consider if they can work together under these new initiatives. Although the two initiatives are different (the former is a development cooperation program, the latter is an investment promotion program) there is indeed an interface. The former indicates that Germany’s development cooperation should move beyond a traditional aid program, while the latter aims to contribute to the SDGs and also calls for a catalytic role for development cooperation. If two sides can build a joint program to ensure this large investment plan, which will be socially inclusive and environmentally sustainable, this will have a significant impact on global development.

Lastly, China and Germany should begin to summarize the experiences and lessons from their cooperation process since the 1980s, and bring these to the agenda of the Global Partnership for Effective Development Co-operation (GPEDC). This would help to demonstrate how cooperation can accelerate development, because Germany is one of the Co-Chairs of the GPEDC Steering Committee, and promoting learning is one of the working plans for 2017-2019. This could be the one important task of the Sino-German Center for Sustainable Development. 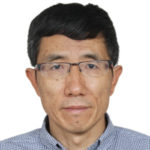 Li Xiaoyun is a professor at China Agricultural University’s College of Humanities and Development, the president of the China International Development Research Network (CIDRN) and the chairman of the Network of Southern Think-Tanks (NeST).