Towards a trickle-up system of global governance

Science and Knowledge at the Centre

In the immediate aftermath of President Trump’s decision to leave the Paris agreement, the sixth largest economy of the world, California, signed an agreement with China to fight climate change.
While non-binding, such cooperation represents a “trickle-up” approach to global climate change governance and is part of a wave of initiatives from non-state actors including civil society, the private sector and local authorities.

Decentralized and transboundary environmental cooperation is not a new phenomenon. For instance, Japanese cities have a long history in international environmental cooperation.  Yet, what is happening now between China and California is different, and this difference lies in the elevated ambition of such collaborations and the increasing economic and financial might of these actors.

The C40 network, a global partnership of cities fighting climate change, illustrates this phenomenon. The network accounts for 25% of global GDP, and its decisions impact nearly 10% of the world’s population.  Global collaborations, like C40, demonstrate an increasing trend to cooperate among different types of non-state actors. There is greater willingness to collaborate because traditional, state-centric modes of governance seem outdated and unable to deliver effective governance on global issues.

The old Westphalian governance system is indeed not capable of developing and implementing global solutions at the required scale and speed. This is because many global challenges today are unprecedented and transboundary, including the emergence of the Anthropocene era, the fourth industrial revolution, the demographic transition, and greater support for a global freedom of movement.

Global agreements have an Achilles heel. They are notoriously hard to reach and even harder to implement. Scientists identified the risks of unchecked climate change as early as the 1970s, but it took close to 45 years — my age! — to reach consensus and conclude the Paris Agreement. Electoral cycles and regime changes can wreck-havoc on carefully crafted negotiations. With almost 200 countries in the world and 117 electoral democracies, a meltdown could be just an election away.

Many agreements fail to reach their objectives and are not adequately implemented. Over 150 international biodiversity agreements have been signed, yet we have lost more than half of our global wildlife population in the past 40 years.  Biodiversity decline continues at a rate of one species every twenty minutes.   The international system has very few effective mechanisms to ensure implementation. Sanctions, as an enforcement tool, often fail to reach intended outcomes. Moreover, public financing for implementing international agreements is often insufficient and poorly coordinated. When compared with the scale of the challenges, it often constitutes a drop in the ocean. This is why the mobilisation of global private finance has taken such a prominent position on the global governance agenda.

It is also worth considering what is working within the more classical global governance system. In an increasingly divided and unequal world, the Paris Agreement and the 2030 Agenda are major achievements. They prove cooperation is still possible within the prevailing governance structure. The resilience shown so far by Paris Agreement signatories in the face of US withdrawal is reassuring.

The current governance system also shows capacity for innovation. The G20’s rapid transformation from an exclusive, finance-focused, and crisis-centred club to a more inclusive, multi-issue body represents an invaluable forum for trust building and cooperation. Such examples can add value to governance processes, especially in times of increasing fractures and tensions.

Finally, the global governance system delivered large-scale change on a few key environmental issues in the last three decades. The Montreal Protocol stands as the most widely ratified treaty in UN history, with 197 nations party to the accord.  The agreement led to a 97% reduction of consumption and production of ozone-depleting substances. The $3.5 billion investment resulted in around $1.8 trillion in global health benefits and avoided agricultural, fishery and materials damages worth US $460 billion.  The return on investment amounts to $650 per dollar invested. Most recently, the Kigali amendment was adopted in 2016, with states committing to phase down hydrofluorocarbons (HFCs) by more than 80% over the next 30 years.

As we approach the G20, world leaders should consider the following in regards to effective global governance:

Given the transboundary and unprecedented nature of global environmental challenges, the emergence of a trickle up system of governance is central to improving the chances of achieving sustainability at the scale and speed required. In no way should this absolve national governments of their responsibilities as duty-bearers. Policy and regulatory signals at the national and international level, alongside with public finance, continue to be crucial. For trickle-up governance to realize its potential and achieve sustainability, governments need to demonstrate global leadership, along with a willingness to share power with other actors.

This blog is based on the following presentations: panel discussion on “Fostering Multilateralism: The role of the G20” as part of the preparation of the G20, Bonn 16 February 2017; the closing plenary on the topic of “Finding innovative ways to approach the follow-up and review of soil and land: lessons learned from this pilot thematic review” at Global Soil Week, Berlin 24 May 2017; the session on “Climate Strategies in a Connected World” at the OECD Forum 2017, Paris 6 June 2017, and is also inspired by discussions with peers at the T20. This blog was prepared with support from Emilia Noel Ptak. 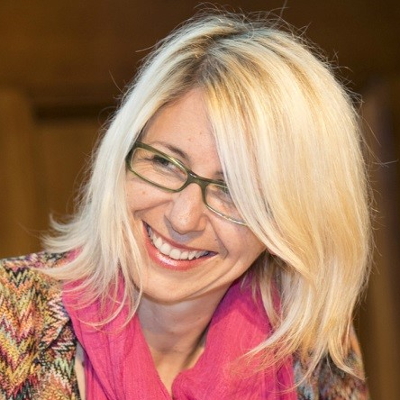 Céline Charveriat is Executive Director at the Institute of European Environmental Policy, a sustainability think tank in Brussels.