Time to align: The forces of globalisation, technology, and financial growth need to be reset for the future Enormous Challengs and a daunting Task

Next week PwC will be represented at the Think20 (T20), a gathering of global think tanks in the lead-up to this year’s Group of 20 summit in Germany. The T20’s mission is to deliver a series of reports and thought leadership to aid the G20 leadership and inform the thinking of all the member governments at the summit.

Our work this year feels particularly significant: while there is much progress to celebrate, it is increasingly clear that the forces we’ve long relied on to drive growth are in dire need of reassessment and realignment. An in-depth look at our report on this critical issue appeared yesterday in Strategy & Business, and I want to share some of the key findings and themes here.

To put it mildly, this is no small task. For years, we have operated on the assumption that the forces of globalization, technological innovation, and financial growth would be the rising tide that lifts all boats. To be sure, these three forces have carried us a long way forward. After World War II, this trifecta drove global economic growth and social progress — two goals that were generally viewed as going hand in hand.

Faster and faster: Beginning in the 1980s, the paradigm began to shift. We witnessed the fall of the Berlin Wall, outsourcing, financial deregulation, and a communications revolution, including the creation of the Internet. Prosperity seemed to accelerate, with economic activity and global trade increasing throughout much of the world. On average, life expectancies went up and billions of people emerged from poverty. But cracks in the system were being to show. For example, researchers have found that middle class households in industrialized countries were scarcely better off economically in 2008 than they had been 20 years before.

Inapt indicators: Over the past 60 years, economists, governments, and the private sector have relied heavily on two primary indicators of success: Gross domestic product (GDP) at the macro level, and shareholder value at the micro level. As it turns out, these metrics omitted important parts of the economic and societal story:

When the global financial crisis hit in 2008, these weaknesses were laid bare. And because of the more globalised, connected world, the crisis’s impact was particularly fast and furious. Almost a decade later, many people continue to experience significant challenges in their daily lives.

What next? As we chart our path forward, we need to remember the progress that each driver — globalisation, technology, and financial growth — has delivered. Well-managed market economies have consistently proven better than the alternatives. Moreover, we can’t stop the tide: the globalised world is here to stay, with all its challenges and opportunities. Technology, disease, migration, ideas, and climate — to name a few — do not respect national borders. That said, we believe the following ideas and recommendations will serve as important guideposts as we begin the urgent and essential task of realigning our economic and social systems.

The challenges are enormous and the task is daunting, but the stakes are too high to look the other way. The future is now. Let’s get to work.

This article was also published on medium.com on 26 May 2017 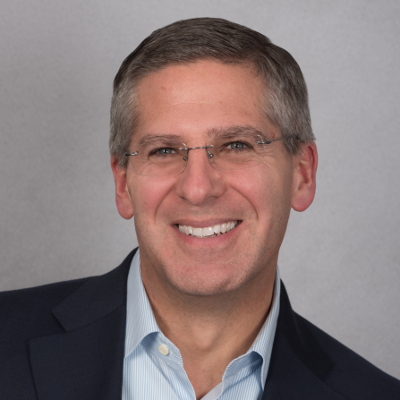