Measuring tax expenditures in developing countries: what is the role of the G20? Growth enhancing policies, domestic resource mobilisation, and strengthening the budget position of governments in low and middle income countries has been a core focus of the G20’s development agenda. However, while the G20 has often focused on the taxation rules involving multi-national companies, here, Magalí Brosio considers whether more efficient and equitable expenditure policies, which individuals often use to lower their overall tax bill, could assist developing countries in strengthening their overall economic growth agendas.

For many countries in the developing world, tax exemptions are considered a crucial instrument for stimulating private local investment and, mainly, attracting foreign direct investment (FDI) inflows. According to the point of view that promotes tax expenditures as a convenient tool for achieving these goals, these exceptions eventually lead to job creation, and an increase in exports and growth. However, their success in this matter is not completely clear.

The existence of tax exemptions has been widely criticised for many valid reasons. Most of the studies in this subject show that they are rarely the most efficient tool available to foster private investment and that they might lead to weaker tax systems which could compromise the state´s capacity to do economic and social policies. According to Chuck Marr and Brian Highsmith, in the US “if tax expenditures were classified as spending rather than tax benefits, they would constitute the single largest category of federal spending — consuming more resources annually than Social Security”. In addition, tax exemptions do not appear to be the best tool to achieve a more progressive tax system as the spending is tilted toward high-income earners, although they are the group of individuals least likely to need financial persuasion in order to engage in the kind of activities that tax expenditures are generally designed to promote.

The empiric results show that this is not only valid for the US. In particular, in low and even middle income countries, the role of tax expenditures has been increasingly discussed and the literature suggests that the results have been at least moderate.

Nevertheless, tax expenditures not only do exist but they are becoming more and more widespread, especially within the developing countries group; emphasizing the need to continue and deepen the study on this subject. Given this scenario, and even though it is necessary to recognize the important role that the tax exemptions may play for some of these countries (they might have positive effects in terms of growth, employment, and foreign exchange acquisition, among others), it is also essential to acknowledge that it is usually not possible to establish whether the tool is useful or not, as it is almost impossible to compare the benefits and the costs associated with it.

This is due to the fact that there are no international (and often not even national) standards for the measurement and the accounting of tax expenditures. According to the T20 Task Force working on these issues:

“a crucial first step would be to develop international standards and recommendations on the classification, quantification and perhaps even use of tax expenditures, establishing a common framework. This will not only be beneficial in terms of a possible future international cooperation, but also it would help increasing the transparency at a local level, and therefore it would be easier to evaluate its efficiency as a policy instrument.”.

So, the question is ‘what can the G20 do in this matter?’

And the answer is ‘plenty’. It is undeniable that the G20 plays a crucial role in most international economic decisions nowadays, and G20 leaders taking a stand on this subject can make the difference. In this sense, the G20 should lead the standardization process by establishing a regular G20 policy dialogue on this matter, facilitating technical cooperation and developing international backup guidelines that emphasise and explain the differences with other available policy options. This will not only be useful for the G20 members, but it will also be helpful for all of the countries that currently do not have the capacity to design and/or implement their own standards from scratch.

Some critics of tax exemptions argue that they often encourage competitive behaviour among developing countries, since each country has the incentive to give further exemptions in order to ensure and increase investments. This could lead to a sort of ’race to the bottom’ among developing countries, which reduces the potential positive effects of the investment. This is why it would be desirable for the G20 to support current initiatives fostering cooperation, coordinating and encouraging global partners and regional specialist organizations, and promoting technical cooperation among them. In this sense, a great start would be strengthening regional tax cooperation agencies as they can help promote better practices at this level. These organizations should share the information they already have regarding tax expenditures and coordinate their efforts in the future in order to enhance data collection, and also exploit the existing opportunities for cross learning between partner organizations.

Finally, it is important to notice that most G20 finance minister’s statements and agreements regarding tax cooperation refer to the OECD BEPS agenda (and the MPA before that) and, therefore, are exclusively focused on multinational companies. In this sense, a broader approach would be desirable, as in many countries individual exemptions constitute an important share of tax expenditures (in the US, for instance, in 2015 90% of the tax exemptions went to individuals). 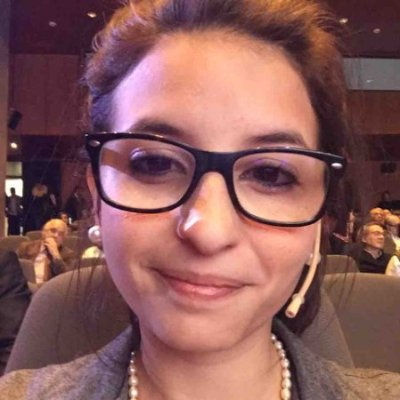