The G20 will hold the first ever digital ministers meeting late this week in Düsseldorf with the theme of “Digitalization: policies for a digital future”.

In order to contribute to the digital ministers’ discussion, this article examines what has been discussed and agreed by G20 leaders at their two most recent summits, and then makes recommendations for the G20 leaders to bolster an inclusive digital economy in 2017 and beyond, with a focus on digital trade.

In 2015, the G20 Leaders’ Communiqué at the Antalya Summit devoted one whole paragraph to the “Internet economy”, which, for the first time, brought the digital economy into the G20 policy agenda. Although the document did not specifically refer to digital trade, it made five key acknowledgements relating to cross-border commerce via internet such as security, privacy, ICTs-related state conduct and international law.

At last year’s Hangzhou Summit, G20 leaders paid much more attention to the digital economy. In their communique, leaders used the word “digital” 12 times, and “digital trade” was also mentioned for the first time in G20 history as one of their commitments to supporting robust trade and Investment.

On the road to Hamburg

It is commendable that the G20 digital ministers start their work this year on the basis of the recommendations of previous presidencies, while injecting new energy into the process.

The digital ministers meeting has set up three core issues. The first issue is “shaping digitalization at the global level – leveraging the potential for growth and employment”, which is consistent with the G20 leaders agreement in Hangzhou to unleash the potential of digitalized commerce as a way of fostering global growth. In this regard, this year’s discussion will delve deeper into details to identify barriers to expansion of the digital economy and how to address them.

The second core issue is “digital networking for industrial value creation – developing international standards”. G20 officials in Hangzhou only touched upon the surface of this conundrum. This year, the time is right for digital ministers to act with a sense of urgency in advancing internationally harmonized Standards.

The third focus of the digital ministers will be on “creating transparency – enhancing trust in the digital world”. In the Hangzhou digital initiative, G20 leaders addressed a collective ambition to address trust issues by calling for secure information infrastructure, better metrics for trust-related policies, privacy and data protection, intellectual property rights, cross-border trade facilitation for e-commerce. These elements for trust-promotion have provided a good entry point for digital ministers in re-addressing this topic in 2017.

With these core issues in mind, we would like to make three recommendations for the digital ministers’ discussion in preparing for the leaders’ summit in Hamburg.

First, in respect to removing barriers to digital trade, G20 leaders can build on their discussions since 2016 and ‘pick off some low hanging fruits’ by committing to serious engagement in delivering meaningful outcomes at the WTO Ministerial Conference scheduled for December in Buenos Aires. For example, leaders can reaffirm the application of the Trade Facilitation Agreement, which came into force in February 2017, to digital trade concerns, such as paperless customs clearance and electronic transaction documentation. Leaders can also pledge to further explore those policies that have recently been developed in Regional Trade Agreements, such as electronic signatures and authentications, online consumer protections, minimizing unsolicited commercial electronic messages, paperless trading, cross-border information flow promotion, custom duties reform, the non-discriminatory treatment of digital products, and the localization of products and services in a way that conforms with domestic disciplinary and transparency regulations .

Second, the development, use and harmonization of international standards are essential, and that requires new coordination schemes in and among almost all countries. In most G20 countries, digital ministers are usually those ministers whose portfolios cover digital industries, technology or telecommunications, but who do not have an exclusive mandate to handle standards issues related to the digital economy, as these standards apply beyond any single industry and normally require the input and involvement of multiple regulators whose mandates cover a variety of legitimate public objectives such as health, public safety, morality, and competition and consumer rights. Other parties included in the standardization process can include technical and official standardization bodies, bank and financial regulators, ministers of the economy, commerce, transportation and other affected portfolios. G20 leaders can recognize the cross-cutting nature of standardization work in promoting digital economy and trade, and promote the establishment of coordinating schemes starting at the domestic level, for example, by using digital ministers as a focal point, supervised by the deputy or head of government, which then can be elevated as standards covering regulatory cooperation in the digital economy at the international Level.

Third, trust building in the digital economy is more than a mere psychological exercise; it means, above all, delivering higher standards and quality regulations that are capable of providing the necessary basic infrastructure for a trustworthy operational environment. Such an outcome likely requires time, resources, technical experts, multiple stakeholder involvement, and public-private partnerships. At the G20 level, leaders can focus on three aspects to enable trust promotion. These are:

Don Tapscott, who first coined the concept of digital economy two decades ago in his book The Digital Economy: Promise and Peril in the Age of Networked Intelligence, once wrote that “In an age where everything and everyone is linked through networks of glass and air, no one – no business, organization, government agency, country – is an island. We need to do right by all our stakeholders, and that’s how you create value for shareholders. And one thing is for sure – no organization can succeed in a world that is failing.”

The digital economy provides an arena and medium for collaboration, and increases the cost of isolation. The G20 should be focused on shaping digitalization of the global economy, so as to prevent the world from incurring the costs of failed cooperation. 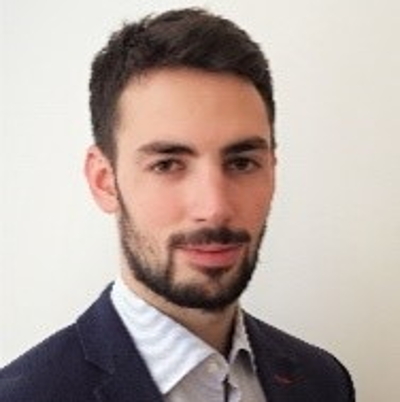 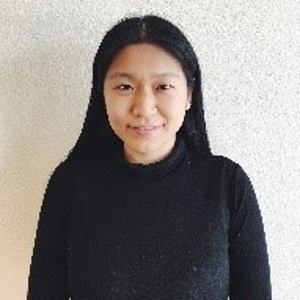 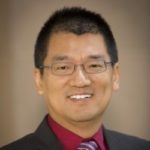 Dr. Wallace S. Cheng is Nonresident Fellow at the German Development Institute, Agenda Contributor for the World Economic Forum, and Greenberg World Fellow at Yale University.  He has 10 year experiences of analyzing global and Chinese economy, trade, technology and development.