Recommendations on Global Energy Governance and the G20 As the G20 Working Groups on Sustainability, Energy and Climate are preparing to meet later this week, it is well worth reminding ourselves of the importance of the upcoming G20 summit in Hamburg for global energy governance. It is the first G20 summit since President Trump was elected on a pro-fossil fuels, climate-skeptic, and protectionist/nationalist agenda. It is also the first G20 summit since the Paris Agreement entered into force on 4 November 2016, a legally binding agreement to keep global warming ‘well below 2°C’, ratified by all G20 members except Russia and Turkey.

The summit comes at a time of profound shifts in energy markets as the cost of renewable technologies like solar, wind and batteries has fallen dramatically, while the fossil fuel sector is hit by overcapacity and low prices. Germany, who is chairing the G20 in 2017, is intent on seizing the opportunity and has presented an ambitious climate and energy agenda.

The G20 finance ministers’ meeting of last week in Baden Baden does not augur well for Germany’s progressive energy and climate agenda. The communiqué showed no mention of a commitment to fund action on climate change, nor did it include a deadline to phase out fossil fuel subsidies, as many civil society actors had hoped for. Still, below are some concrete recommendations for the upcoming summit, building on progress made by the G20 on energy issues in recent years:

Uphold support for the Paris Agreement

The G20 should affirm its support for the Paris Agreement. The Paris ‘pledge and review’ process is meant to ratchet up ambitions over time. Without constructive US participation, however, the ‘ratchet mechanism’ could turn into a downward spiral where countries walk away from their initial pledges. A pro-Paris statement in Hamburg, echoing and reinforcing the ‘Marrakech call’ of last December, could send an important signal to markets and investors. The US will not necessarily block such a statement. The Trump administration is reportedly split over whether or not to withdraw from the Paris Agreement. And, as the Washington Post laid it out, it is not a hard call to make: ‘Staying in the agreement is costless, while leaving would rightly provoke sharp and sustained international outrage.’

Include decarbonization goals in growth strategies

To ensure that the long-term climate stabilization goal of 2°C is meaningful, a link must be ensured between the aspirational global goal and countries’ concrete national actions. One way to do so is to have the G20 countries include their GHG-reduction goals into the national growth strategies they have presented annually since the 2014 Brisbane summit. The Paris Agreement, signed by all G20 members, calls on countries to submit long-term decarbonization plans by 2020. Integrating these decarbonization plans in the G20 growth strategies would promote accountability and push countries to engage in a planning exercise on how to reconcile economic development and decarbonization.

In 2014, the G20 adopted the Energy Efficiency Action Plan and, in 2015, this was complemented by the G20 Energy Efficiency Leading Program, overseen by the International Partnership on Energy Efficiency Cooperation (IPEEC). Since this is a consensus issue with clear climate, economic and energy security benefits, a concrete recommendation would be for the G20 to instruct IPEEC (working with other international organizations and groups such as the IEA, OPEC, BRICS, SE4ALL) to prepare annual reports on the progress in each G20 member country on implementing the 2014 and 2015 G20 recommendations on energy efficiency.

The leaders of the G20 have pledged to reform inefficient fossil fuel subsidies every year since 2009. Progress on the issue has been insufficient. The voluntary peer reviews by China and the US, publicly released at last year’s summit, were a step in the right direction. Germany and Mexico have volunteered to be next subjected to peer review. While the G20 finance ministers called to expand participation in the peer review process last week, they failed to put a deadline on the subsidy phase out. To help create consensus, the deadline could be differentiated by country, as in the October 2016 Kigali Agreement to phase out HFCs. The G20 could also orchestrate consultation among prominent international organizations to agree to a division of labor and harmonize methods of measuring of fossil-fuel subsidies.

Shift investments away from high-carbon infrastructure

Insufficient attention has been paid to making infrastructure low-carbon (so that it will not ‘lock in’ carbon emissions that will push us above the 2°C limit) and climate-resilient (so that infrastructure can both withstand the physical effects of climate change, while avoiding ‘asset stranding’ as global markets pivot to clean energy). The World Bank has already said it will only finance new coal projects in ‘rare circumstances’ and the newly created AIIB should be convinced adopt a similar stance. The G20 could commit to limit investment in high-carbon infrastructure and to stress-test infrastructure investments to a so-called ‘proxy carbon price’ so as to minimize the risk of stranded assets. They could encourage the multilateral development banks of which they are members to adopt the same practices.

As markets are increasingly shifting towards low-carbon technologies, and as governments are pursuing climate plans, there is a real risk that high-carbon assets will decline in value or even become stranded. Currently, only a few companies thoroughly report their exposure to the risks posed by climate change, and corporate reporting schemes take many different forms. In 2015, the Financial Stability Board (FSB) created the Task Force on Climate-related Financial Disclosures at the request of the G20. The Task Force’s final report will be released in June 2017. The G20 Hamburg summit should endorse the report and call for the widespread implementation of its recommendations.

At the 2014 Brisbane summit, the G20 leaders called to make ‘international energy institutions more representative and inclusive of emerging and developing economies’. The IEA, which now also hosts the Clean Energy Ministerial, is one of the few energy organizations that can address energy policy holistically (contrary to, for example, IRENA or the IAEA), but the agency’s role is curbed by its attachment to the OECD (which prevents countries like China and India from joining). The G20 should support ongoing outreach efforts of the IEA towards emerging economies with a view to securing their eventual membership. 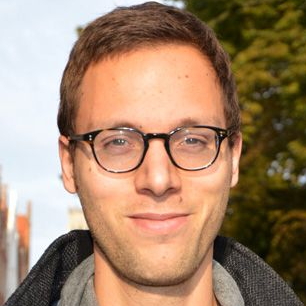 Thijs Van de Graaf is an Assistant Professor of International Politics at the Department of Political Science, Ghent University, Belgium.