Africa has recently gained a lot of attention in international politics, particularly in Germany and the European Union. However, various unknowns on the African continent and Africa’s complex interdependence with world politics leave many question marks for inter- and transnational cooperation. It is certain that sustainable development in Africa will only be achieved through structural political and economic Transformation.

But how to best achieve such a structural transformation and how external actors can and should support it has been triggering a lot of debates in politics, policy-oriented research and civil society. This blog shall provide opportunities to contribute to these discussions.

Talking about sustainable development in Africa implies more than changes on the African continent. Political and economic dynamics in Africa affect the world economy and other societies and vice versa. Estimations preview a doubling of the population to 2 billion people by 2050 or, in other words, 20 to 30 million jobs will need to be created every year from now on. If African societies succeed, this would have massive implications for the world economy. Labor-intensive markets could move from China to Africa and food security in the non-African world could be at stake. To the contrary, if African societies fail to create prospects for the future of their youths, destabilization would be likely to increase and foster violent conflict, flight and migration.

How to design inter- and transnational cooperation with African states, societies and regional organizations is a question that will engage politicians, opinion leaders and civil society during the years to come. In 2017, cooperation between Africa and Europe is at a crossroad. During the next presidential elections in France (Mai 2017), the next national elections in Germany (September 2017), during the German G-20 presidency or the preparations of the next EU-Africa summit in November in Ivory Coast cooperation with Africa is high on the political agendas. Uncertainty about the new US president Trump’s take on US cooperation with Africa is another unknown that will impact sustainable development and security in Africa.

The German Development Institute /  Deutsches Institut für Entwicklungspolitik (DIE) is inviting politicians, opinion leaders from academia, media and influential business representatives from Africa, Europe and beyond to give their insights on how cooperation in and with Africa could and should look like in the future. The blog “Africa and its partners: building alliances for sustainable development” will run until the end of 2017. 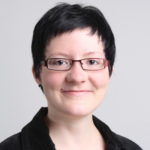