Climate Protection under Trump: Implications for the G20 climate protection more important than ever

The new U.S. President Donald Trump has vowed to depart from the climate agenda of his predecessor Barack Obama and introduce a new energy policy. This expected policy shift, if realized, will deal a blow to the G20’s commitments on energy and climate. As a forum of 19 emerging and industrialized markets, plus the European Union, the G20 is responsible for 82% of global emissions related to the energy sector. The G20 countries thus have a key role to play in curtailing global emissions and implementing the Paris Agreement on climate change.

In recent years, the G20 has supported a transition towards sustainable energy through its energy agenda. Climate protection has never been a high-priority issue. All G20 members have, however, signed and mostly also ratified the Paris Agreement. A commitment to the Paris Agreement and to combating global warming was consequently featured in the Hangzhou Leaders’ Communiqué in September 2016. The Chinese G20 Presidency might therefore well have marked a shift in priorities towards climate protection and sustainable energy promotion. Germany now seeks to build a stronger link between climate and sustainable energy policy in the G20 under its current G20 Presidency.

What sort of impact might the U.S. under a Trump Administration have on this emerging G20 climate agenda? Is it possible for Trump to reverse the climate policy achievements of the Obama Administration? What harm can Donald Trump do to international climate protection efforts? The following preview of Trump’s stated energy policy shows how important the climate and sustainable energy efforts of the other 19 G20 members will become during the coming four years of the Trump Administration. It is time for the other G20 members to speed up efforts to transition their energy systems away from fossil fuels. The U.S. will no longer be a driver of these efforts in the foreseeable future.

Barack Obama pursued an ambitious climate and sustainable energy policy agenda during his presidency. He did this mainly though executive actions, bypassing a polarized U.S. Congress that blocked any type of climate or sustainable energy legislation. At the domestic level, the Obama Administration established a climate action plan to regulate greenhouse gases, introducing stricter vehicle emission standards, new limits on CO2 emissions from power plants and standards for methane emissions from the oil and gas industry. At the international level, the U.S. engaged with partners to foster renewable energy technologies and contributed to international climate finance.These actions invigorated climate negotiations leading to the adoption of the Paris Agreement.

During his campaign, Donald Trump outlined the direction of his energy policy. He announced that he does not plan to continue support for renewable energy and instead wants to expand fossil fuel production in the U.S. He also threatened to repeal Obama’s climate-related executive actions and pull the U.S. out of the Paris Agreement. Trump’s designated cabinet consists of climate skeptics with close ties to the oil and gas industry in the energy and environmental policy area further underlining his seriousness about redirecting U.S. energy and climate policy.

Trump will not manage to implement the above changes easily. The success story of renewables in the U.S. is rooted in a mix of tax breaks, market developments and the efforts of individual U.S. states. As president, Trump’s impact on these factors is limited. But Trump will work hard to support the fossil-fuel industry, for instance by re-opening public land for coal projects as well as oil and gas exploration. This may not create a “fossil-fuel boom” in the U.S., but it signals a clear departure from Obama’s clean energy focus. Repealing the Obama Administration’s executive measures on climate is possible in cases where regulations have not been finalized, for instance in the area of methane regulation for the oil and gas industry. With finalized rules, such as the Clean Power Plan (CPP) or fuel economy standards, Trump can only make revisions. Such revisions can take years and would likely invite litigation challenges from states and industries that have already begun the expensive implementation process. Trump will also meet domestic opposition against withdrawal from the Paris Agreement, which is widely supported by the U.S. public. Nevertheless, the U.S. President has the power to withdraw from the Paris treaty, or at least halt the climate finance contributions the U.S. has committed.

Can the U.S. States Compensate?

Climate and sustainable energy policy activity is now, once again, left to the U.S. states. They have broad jurisdiction in the energy and climate policy realm and many have increased their policy ambition over the years. California and a group of states on the East Coast have their own cap-and-trade schemes. More than half of the 50 states have renewable portfolio standards, promoting renewable energy and energy efficiency in the electricity sector. However, numerous states still lack climate policy activity and there are states such as Ohio and Indiana that have even repealed their previously agreed clean energy mandates. Although the efforts of the frontrunner states are promising, the U.S. will not be able to achieve a broad decarbonization of its energy system and its commitments under the Paris Agreement without a coordinated federal policy that engages the climate laggard states.

The G20 Energy and Climate Agenda without the U.S.

In the face of a likely withdrawal of the U.S. from international climate protection efforts, a G20 agenda that promotes sustainable energy adoption and climate protection becomes more important than ever. However, while the U.S. emits some 15% of global carbon emissions, the G20 also comprises other major emitters, including the EU, China and India. Thus, even without the U.S. as a sustainable energy driver, the remaining G20 members can and should continue to pursue climate-friendly policies. As a high-level forum, the G20 can also work to maintain a dialogue with the U.S. on sustainable energy and climate protection. Through their own actions, the G20 members can send a strong message to the U.S.: doubling down on fossil fuels and retreating from climate protection efforts means ignoring the international trend towards investments in energy efficiency and renewable energy. Moreover, the Trump Administration would miss out on the opportunity to shape this trend, and stands to risk losing the United States’ position as a technological leader for green energy technologies, along with the economic, health and environmental benefits of these technologies. 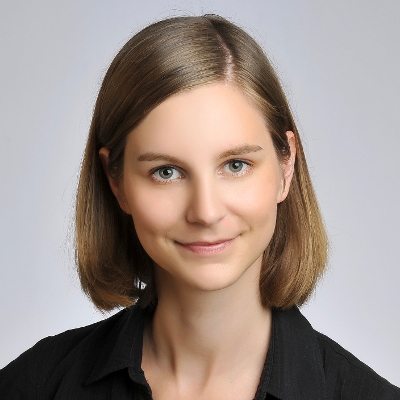