Escape the fate of a declining Europe

These are testing times for major global actors and, particularly, for the European Union (EU). Key elections and international turmoil may turn 2017 into a last wake-up call for Europe if it is not able to take full advantage of G7 and G20 and if a new road map for the EU is not designed.

After being part of a solution, the EU has become a problem

In terms of global governance, the EU has traditionally played the role of ‘provider’ of viable solutions. Several times, it turned out to be better equipped than other actors with comparative advantages in hard power, such as the US, by relying on its relatively more ‘flexible’ soft power. However, in today’s global context the EU’s soft power is losing ground, while traditional security issues seem to be re-gaining momentum. Simultaneously, the EU appears to be less able and willing to deal with regional and global issues, while unprecedented internal disintegration forces are at play.

In a nutshell, the EU has moved from being a part of the solution to global problems to being a problem on its own. To make things worse, US president-elect Donald Trump has never paid much attention to the EU. His strategy toward the EU will likely be to try and take advantage of European fragility, thus resembling the “divide et impera” approach toward EU member states favoured by China and Russia.

A litmus test for democracy

Set in this momentous context, 2017 may turn out to be a crucial year for Europe. It will be a litmus test for the resilience of mature European democracies to the rise of populism, nationalism, and Euroscepticism. Europe’s power couple – France and Germany – and the Netherlands, will certainly face elections, while the Constitutional referendum in Italy on December 4 might bring about snap elections.

Domestic political tests are far from being the sole challenge for Europe. Crises do not appear to be receding, and risks abound, ranging from the continuing arrival of migrants at Europe’s southern shores, to domestic terrorism threats, to political strife and instability just beyond Europe’s borders. In addition to Ukraine, Syria, and Libya, one should now add Turkey to the list of major sources of political instability in Europe’s near abroad. Let alone the sluggish economic growth and high unemployment (especially youth unemployment) in many member states, coupled with growing regional disparities and income inequalities inside and across member states.

Moreover, all this happens at a time when global trends erode national sovereignty and strongly constrain national governments’ ability to deliver. All of which goes hand in hand with the lack of legitimacy and scope of governing power of the European Union, which seems unable to fix the problems  that national governments  have struggled to fix on their own.

This is anything but surprising, given that political leaders have been using the EU as the perfect scapegoat for national failures while purposefully avoiding to hand over the necessary competences to the European Union to tackle emerging needs and challenges. The latter include the paralysis of the EU in dealing with the migration crisis that has been unfolding since 2011. Not to mention the other implications of the political Middle-Eastern and African crises: terrorism and radicalization processes spreading to Europe and feeding uncertainty, resentment and, ultimately, further contributing to a breeding ground for anti-establishment parties.

However, 2017 may also represent a positive turning point, provided that the relevant opportunities are seized. At the global level, the G7 and G20 will be hosted by Italy and Germany, which are both EU and Eurozone members. It will be the first time this has happened since 2011, when France hosted both the G8 and the G20. While Italy and Germany have often found themselves at odds in terms of devising the best economic policy response to restore sustainable growth in the Eurozone, both governments recognize that there is a growing need to find shared solutions to common challenges. The German and the Italian government may join forces to enhance the effectiveness of the two global forums, as well as their interconnectedness. They should act to make agendas increasingly more synergistic, and to properly differentiate the purposes and objectives of the two forums.

A strong display of unity by Berlin and Rome may set a positive example for G20 governments, including the new Trump administration. Germany and Italian joint proposals may include: a focus on inclusive and equitable growth; the acknowledgment of the EU member states’ overrepresentation in global economic governance forums, and the inevitable outcome that the Eurozone governments ought to speak with a single voice in global governance arenas (starting with the IMF); constant monitoring of newly founded multilateral institutions, such as the AIIB and the NDB, so that they act as complements and not substitutes to existing and longstanding ones (e.g. the ADB and the World Bank); support for global trade and steering clear from the empty promises of protectionism; and addressing the sensitive issue of inequality  in open market economies.

Curtail the rise of populism and Euroscepticism, but how?

Yet even if the G7 and G20 chairs are able to send the above policy ‘signals’, it is unlikely this will do much to attract the attention of European citizens and seriously curtail the rise of populism and Euroscepticism. Political leaders, especially in view of the general election in France and Germany in 2017, should get ready for the next electoral cycle not by presenting empty promises but by committing to a concrete road map to reinvigorate the EU. This should build upon the recognition that policies and their outcomes are more important than mere institutional discourse. In concrete terms, political leaders should draft measures at the EU level to cope with urgent needs felt by citizens. Such measures should include: investment and job creation; a common agenda on internal and external security; improved cooperation to tackle radicalisation and terrorism; stricter economic coordination coupled with enhanced cohesion and solidarity mechanisms (including an adequate EU or Eurozone budget) to counterbalance unfair effects of international trade and EU integration; as well as common migration and asylum policies with equitable burden-sharing.

A wake-up call for Europe

Needless to say, some countries will be unwilling to follow this path, and may be unmoved by the entreaties of their EU colleagues. The Single Market should therefore be the cornerstone of a new European project where no country is left behind, but where a core group – possibly starting from the Eurozone – will need to muster the necessary political will to reinvigorate the cause of further integration.

2017 might result into the last wake-up call for Europe. The EU member states of G7 and G20 need to cooperate, take full advantage of these meetings and show unity in front of world leaders, while designing a new road map for the Europe. This is crucial to escape the fate of a declining Europe. 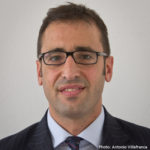 Antonio Villafranca is Research Coordinator and Head of the European Programme at the Italian Institute for International Political Studies (ISPI).