Trade protectionism on the rise

The world is struggling to comprehend the implications of Donald Trump’s election as United States President, including the isolationist, protectionist and anti-trade policies he advanced during the campaign. His election, along with the United Kingdom’s approval of the Brexit referendum in June 2016, has shaken the principles which underpin the G20, namely the pursuit of closer international cooperation.

The election of Donald Trump and the Brexit decision indicate that the prevailing view of citizens in the US and the UK is to support inward looking policies and a retreat from globalisation – the antithesis of facilitating closer integration between countries and greater cooperation on economic policies. What are the prospects for advancing closer international cooperation when the US President elect has proclaimed ‘Americanism, not globalism will be our credo’? The headlines and commentary around the election of Donald Trump have included: ‘ The (election of Trump) is a smashing victory for economic populism and trade protectionism’; ‘ A Trump victory shatters the existing order in the US and around the world’; ‘ This is a vote against globalisation, its inequities and the progressive cultural norms’; ‘ If (Trump) were to pursue his objectives internationally …it will effectively suspend American leadership in global free trade and in global order’; and ‘Will the US election mean the  end of free trade?’.

The sentiments that resulted in the election of Donald Trump and Brexit are not unique to the US and UK, but are prevalent in many countries.  Populist parties with an isolationist agenda are gaining support across Europe, and the World Trade Organisation reports that trade protectionism is on the rise worldwide.

The implication of these developments is that the relevance of the G20 as the premier forum for international cooperation among major, systemically important economies will increasingly come under pressure. What priority will G20 leaders and ministers give to pursuing closer integration and cooperation when their citizens are increasingly turning inward and supporting tougher restrictions on the flow of goods, capital and people?

Given these pressures, the overarching challenge facing the 2017 German G20 presidency is to resist protectionist forces, combat anti-globalisation sentiments and rekindle the spirit of cooperation that existed in the immediate aftermath of the global financial crisis. It is a big ask, for the domestic political situation is not conducive to a German G20 presidency leading a robust defence of globalisation, the pursuit of greater liberalisation and a more active G20 in pursuit of deeper international economic cooperation. The German Chancellor, who faces a national election shortly after the 2017 G20 summit, is confronting rising isolationist pressures and anti-immigration forces among the German people. Next year will be a very challenging one for the G20.

The contribution of T20

How can the T20 best support the G20 process in these difficult times? This should be the over-arching issue being pursued at the kick-off meeting of the T20 under the German chair in December 2016.  The T20 needs to ensure that it is effective as possible. Metrics of the success of the T20’s contribution to the G20 cannot be limited to simply process matters – the number of meetings and workshops held, participants attending or papers produced. The focus must be on ensuring that the T20 adds value by being responsive to developments and helps the G20 achieve tangible outcomes. The T20 is evolving and to date has not reflected on its effectiveness. Time has come to do so and this should be on the agenda of the first meeting for the 2017 T20 process.

Lost touch to the people

Given developments, it is important that the T20 is part of the solution and not part of the problem. This is particularly relevant given that among the forces that are changing the political landscape worldwide is the view that the ‘elites’ – be they political, media or academic elites – have lost touch and are not responsive to the concerns of the common people. The elites are seen as having their own agenda – such as advancing free trade and globalisation – and ridicule or ignore those who do not have a similar view, such as those who claim that they have not benefitted but in fact have suffered from globalisation. Moreover the elites are viewed as communicating among themselves rather than listening to and reaching out to the general public. The participants in the T20 may well be considered as epitomising the problem with ‘elites’.

The T20 has been described as an ‘ideas bank’ for the G20 which can provide analytical depth to the issues on the G20 agenda. But if the T20 is to be as effective as possible in assisting the G20 achieve meaningful outcomes, participants must always remember that they are not part of an academic pursuit but essentially a political process seeking to advance pragmatic policy outcomes. Hence rather than seeking to promote erudite theories in the T20, such as conceptual frameworks for global economic governance, participants must have a laser focus on the pursuit of realistic policy outcomes.

In particular, the T20 should not simply aim to provide ideas and suggest policy options for governments, they should focus on helping governments ‘sell’ these ideas to their citizens. For example, rather than just lecturing governments that they need to better articulate the benefits of trade liberalisation and ensure that no one is left behind, T20 participants should outline how exactly this can be achieved.

This raises the question as to who is the main audience for the material produced through the T20 process. Importantly, T20 participants should not primarily be communicating with each other. If the T20 is going to have an influence, it is important that there is a line of communication with G20 officials and ministers. As such, it is appropriate that the German T20 organisers will forward the reports from the 2017 T20 working groups to the G20 chair. However the T20 should see its role as extending beyond dealing mainly with official circles to include communicating directly with the public in G20 countries. The T20 should see its role as being not only a source of ideas from independent researchers and scholars, but also as an advocacy group selling the benefits of economic integration and enhanced international cooperation to the citizens of all G20 countries. However to be an effective advocacy group, it is crucial that the T20 have a focused agenda, a clear and consistent message that underlines all its activities, and that participants ‘stay on message’.

What needs to be done

As to what this means for the T20 in 2017, as noted previously the first item on the agenda for the kick-off meeting in December 2016 should be on how to enhance the effectiveness of the T20. This should extend to identifying what is the common theme, or message, that will underpin all the activities of the T20 working groups and its other activities. T20 participants should also discuss their communication strategy, not only in terms of communicating with G20 officials, but how each T20 participant can reach out and help spread the central messages to the citizens in their own countries. In terms of what should be the key messages of the T20 in 2017, it should be on selling to the population at large the benefits of open markets, liberalisation and effective international  cooperation. 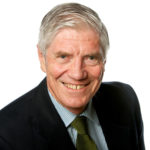 Mike Callaghan is an economic consultant, Non-Resident Fellow at the Lowy Institute, Director of the Australian Reinsurance Pool Corporation, and a member of the organising committee for the Australia-Canada Economic Leadership Forum.